The 149,6-meter ship was commissioned in attendance of German defense minister Ursula von der Leyen, who arrived in Wilhelmshaven just hours after unveiling the next-generation fighter aircraft that will be developed as part of the Franco-German-Spanish project at the Paris Air Show in France.

FGS Baden-Württemberg was commissioned eight years after thyssenkrupp Marine Systems (TKMS) was selected as prime contractor for the delivery of four 7000-ton frigates that would replace the eight Bremen-class frigates currently in service with the German Navy.

According to TKMS, the second ship in the class, the Nordrhein-Westfalen, will be ready for delivery this year. The final two ships are planned to be delivered within the next 2 years.

The frigates are armed with Harpoon and RAM missiles, a 127 mm Oto Melara gun which is capable of firing the Vulcano guided ammunition for land attacks, two 27 mm and five 12.7 mm guns. They will have a core crew of 120, with an additional 70 personnel for specific missions.

The frigates will run on the so-called combined diesel-electric and gas (CODLAG) propulsion system. The system essentially consists of electric motors that will draw power from diesel generators. The new ships will carry four deployable boats and have two container spots on the middle deck.

The ARGE F125 consortium which is responsible for the delivery of ships comprises thyssenkrupp Marine Systems as the lead company and Lürssen Werft in Bremen.

The delivery process was not without complications, however, as the Baden-Württemberg had to be returned to the builder following delivery for rectification work that took over a year to complete. 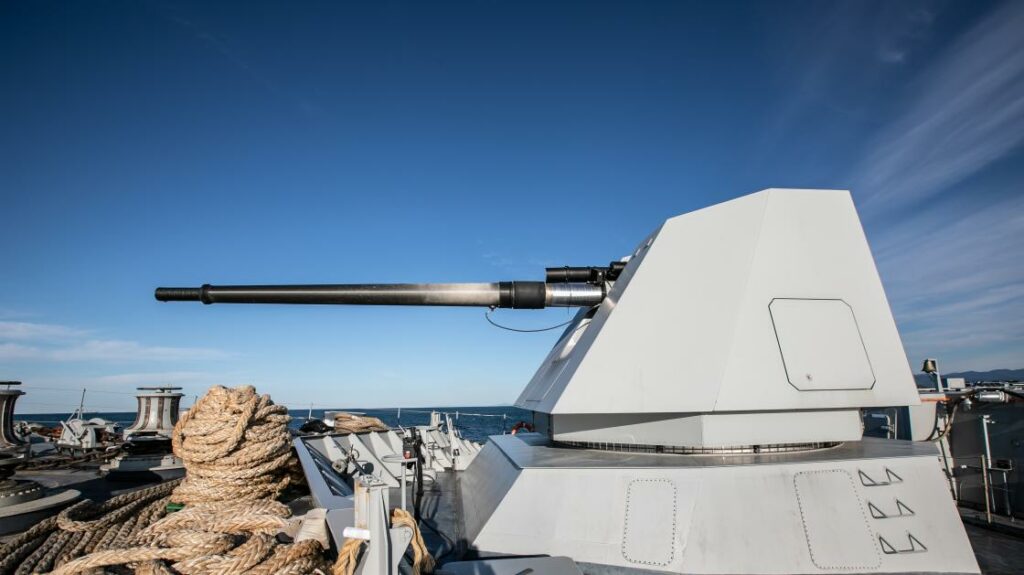