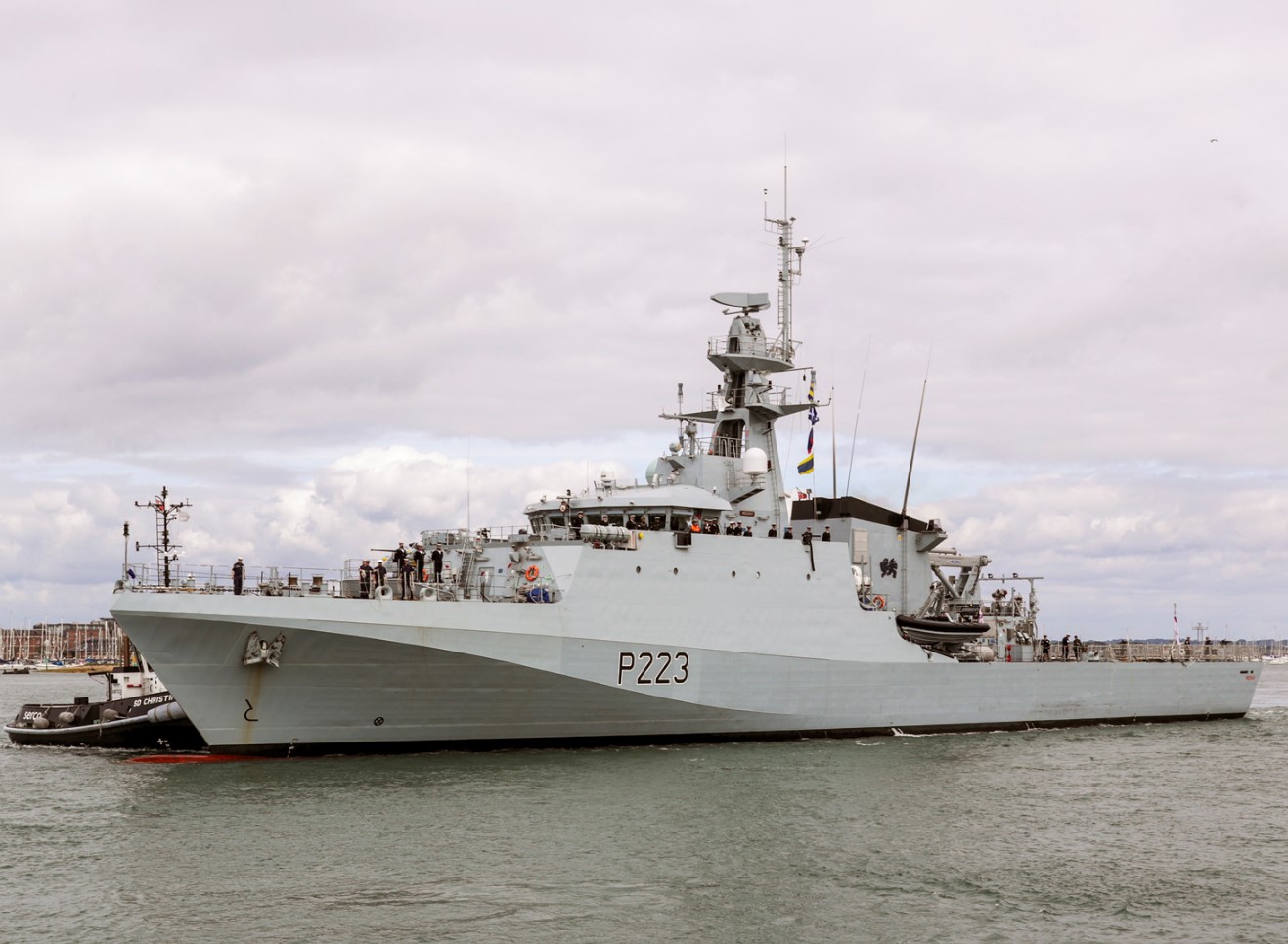 The second of the Royal Navy’s new River-class offshore patrol vessels has arrived at its Portsmouth for the first time, ahead of a formal commissioning ceremony later this year.

“Today is a significant step in HMS Medway’s journey and a great achievement for both the Ship’s Company and our industrial partners in BAE Naval Ships who built her,” Commander Simon Pressdee, commander of the Fishery Protection Squadron, said.

“Medway now enters the next phase of force generation which will see her develop into a warship and made ready for sustained patrol operations in the new year.”

Construction of HMS Medway began in June 2015 when the first steel was cut in Glasgow.

With a total length of 90.5 meters and a flight deck which can operate the Merlin helicopter, Batch 2 River-class vessels are armed with a 30mm automatic cannon, two Miniguns, four machine guns and capable of 24+ knots.

HMS Medway is due to be formally commissioned during a visit to Medway in September, following which she will provide the Royal Navy with patrol capabilities in home waters or overseas.