A minesweeper of the Japan Maritime Self-Defense Force (MSDF) has collided with a cargo ship off the coast of Hiroshima Prefecture, Japan.

The incident occurred around midnight on June 26 while the JS Notojima (MSC-682) was sailing off Mihara Port, Japanese Ministry of Defense said in a statement.

The naval vessel was en route from Maizuru Port to Kashiwa Port.

There were no injuries to 41 crewmembers aboard the minesweeper and five seafarers on board the cargo ship, local media reported.

Both vessels sustained damages but there were no oil spills detected, according to MSDF.

According to the vessel’s AIS data provided by MarineTraffic, Notojima is currently being towed to Innoshima Island as its lost navigational control.

The 54-meter-long Notojima is one of twelve Sugashima-class minesweepers serving the MSDF, the naval branch of the Japan Self-Defense Force. 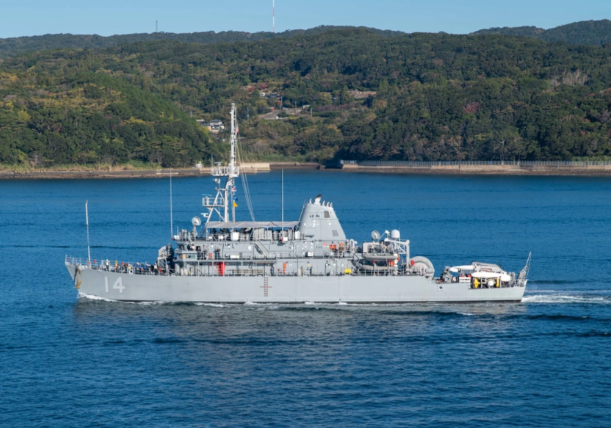