RMT has criticized the Tory Government for interfering in the pay negotiations, forcing the employer to impose a 1.5% increase, undermining the living standards of a group of workers who have seen service in major trouble spots, including the Falklands and the Gulf, at huge personal risk.

Consequently, with effect from 00:01 hours on July 2, 2019, until further notice, RFA members are instructed not to come back early from End of Voyage Leave, to join at the correct time and not to volunteer to extend if asked by the company.

In addition, RFA members have been asked only to conduct Maritime and Coastguard Agency mandatory safety drills and not to take part in prism serials or any RFA specific drills. This would include any serials undertaken by FOST staff.

Furthermore, RFA catering grade members are not to prepare any food for any social functions for ships coming out of refits and stewards should refuse to work these social functions, according to RMT.

RFA members are also instructed not to carry out duties that would have been carried out by members of other departments taking industrial action.

Members who are participating in humanitarian and/or disaster relief operations or are reacting to a military conflict situation will be exempt from the above industrial action.

“From the Falklands to the Gulf the RFA is the navy lifeline and those working within it deserve far better than this kick in the teeth from the Tories. The Government should lift the pay cap and allow us to negotiate a fair settlement with the employer,” Mick Cash, RMT General Secretary, said.

“RMT will not stand by while RFA staff are denied basic pay justice. The union has launched a “Fair Pay for RFA” campaign… We remain available for genuine and meaningful talks.” 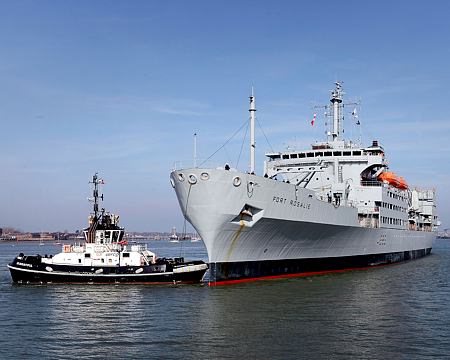