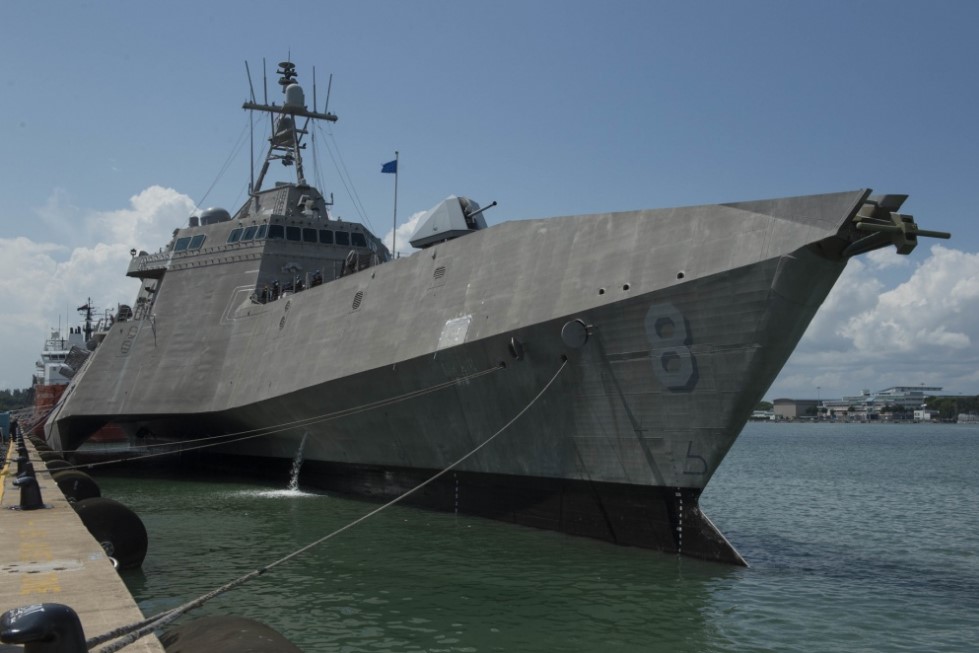 USS Montgomery first LCS to deploy to Singapore since 2017

Montgomery’s arrival is part of a rotational deployment to the Indo-Pacific area of operations and is the fourth deployment of littoral combat ships to Southeast Asia, which include USS Freedom (LCS 1), USS Fort Worth (LCS 3) and USS Coronado (LCS 4).

“Rotational deployments by our littoral combat ships provide the presence and flexibility that are so important in this region,” said Rear Adm. Joey Tynch, commander, Logistics Group Western Pacific. “This platform is a utility player, ready to perform a full spectrum of tasking from maritime security operations and theater security cooperation to humanitarian assistance and disaster response. That versatility strengthens our ability to integrate with our partner navies in the Indo-Pacific.”

Like previous deployments of littoral combat ships, Montgomery will conduct operations, exercises and port visits throughout the region, as well as work alongside allied and partner navies to provide maritime security and stability, key pillars of a Free and Open Indo-Pacific.

According to Cmdr. Edward A. Rosso, Montgomery’s commanding officer, the crew is looking forward to making a contribution to operations in the Indo-Pacific.

“The teamwork and effort by the crew preparing for the deployment was inspiring,” said Rosso. “Bringing Montgomery on her first deployment to such an important region is a privilege and a responsibility.”

Photo: USS Montgomery (LCS 8) sits pierside at Changi Naval Base, Singapore, after arriving for a rotational deployment. Photo: US Navy