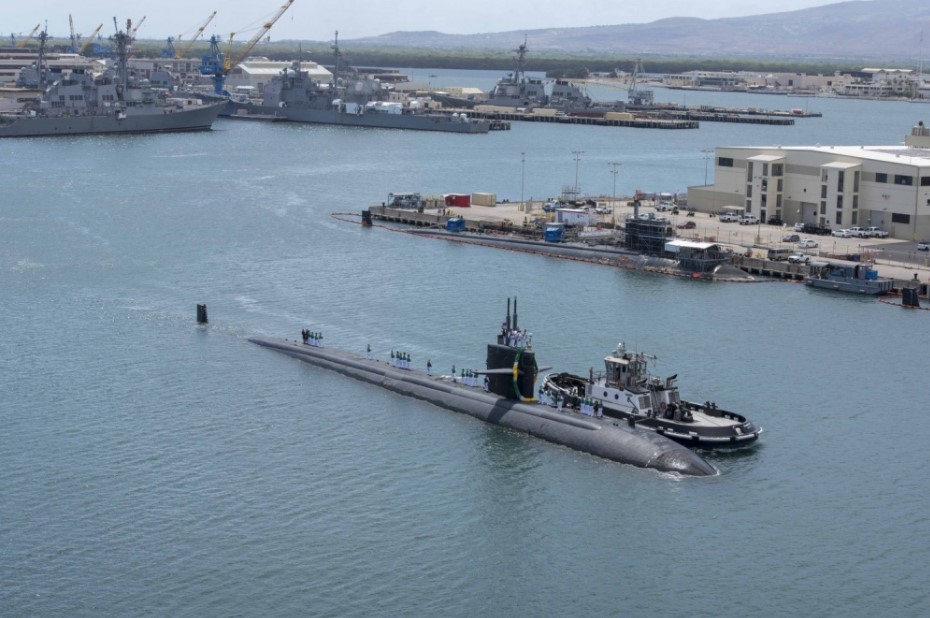 The 35-year-old boat successfully wrapped up seven months of operations that took her on a trip around the world, in support of national security.

“For everyone onboard, this was the first time we completed a circumnavigation of the globe. As a Pacific fleet boat, this was also our first deployment in the 5th and 6th Fleet,” said Master Chief Electronics Technician (Radio) Arturo Placencia, Olympia’s chief-of-the-boat.

During the deployment, Olympia conducted port visits in Souda Bay, Greece and Gibraltar.

Over the course of the past seven months, 35 sailors earned their submarine warfare qualification, and 29 sailors achieved advanced supervisory qualifications.

Now the submarine is home, she will start preparations for a transit to Bremerton, Washington, for inactivation.

“Sailing around the world in our country’s oldest serving nuclear-powered Los Angeles-class fast-attack submarine is a testament to the durability and design of the submarine, but also the tenacity and ‘fight on’ spirit of the crew.”

Years later, the cribbage board moved to USS Tang (SS 306), and has been passed on to submarines ever since. Next it was USS Kamehameha (SSN 642), then USS Parche (SSN 683)), USS Los Angeles (SSN 688), USS Bremerton (SSN 698), and now it’s on Olympia. They will turn the cribbage board over to the next oldest fast-attack submarine in the Pacific before they decommission.

Olympia is the second ship of the Navy to be named after Olympia, Washington. She is the 29th ship of the Los Angeles-class fast-attack submarines. Her keel was laid by Newport News Shipbuilding and Dry Dock Company on March 31, 1981. She was commissioned on November 17, 1984.