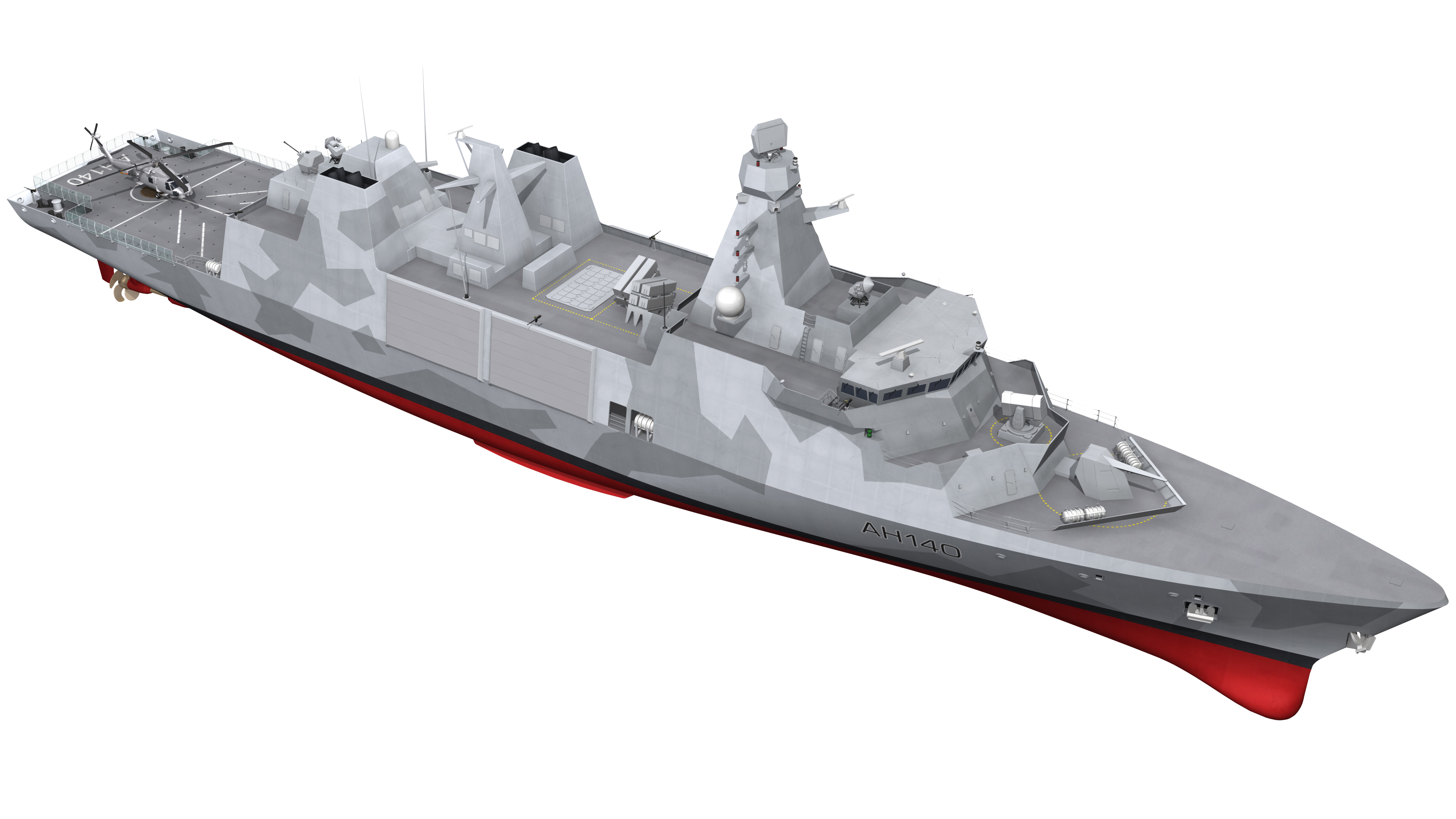 The Royal Navy has picked Babcock’s Arrowhead 140 proposal as the preferred design for its Type 31 frigates.

As confirmed by Babcock, the fleet of five ships will be built at an average production cost of £250 million per ship.

The announcement of the preferred design also means that the Royal Navy’s new frigates will have a hull form based on the Iver Huitfeldt-class frigates OMT designed for the Royal Danish Navy.

OMT is part of the Babcock Team 31, composed of Thales, BMT, Harland and Wolff and Ferguson Marine, with Babcock as the prime contractor.

The company said the first ship is scheduled for launch in 2023, which indicates that the bumpy competition process has not disrupted the initially estimated schedules.

Babcock’s Rosyth facility will serve as the central integration site. The program will, however, support the principles of the National Shipbuilding Strategy, it was added. This means that modules or sections of the ships could be prefabricated at the Harland and Wolff and Ferguson Marine sites before their assembly in Rosyth.

Work on the fleet of five ships will begin immediately following formal contract award later this financial year, with detailed design work to start now and manufacture commencing in 2021 and concluding in 2027.

“It has been a tough competition and we are absolutely delighted that Arrowhead 140 has been recognised as offering the best design, build and delivery solution for the UK’s Royal Navy Type 31 frigates,” Archie Bethel, CEO Babcock said.

“With the announcement today that Arrowhead 140 has been selected as the preferred bidder for the new Type 31e frigate, the Royal Navy will join the global community of 26 navies utilizing the Thales Tacticos combat management system,” Victor Chavez, Chief Executive of Thales in the UK said.

Babcock will now enter a period of detailed discussions with the UK defense ministry and supply chain prior to formal contract award expected later this year.