Royal Australian Navy’s Adelaide-class frigate HMAS Melbourne has arrived in the City of Melbourne for her final port visit before she is decommissioned next month.

The 138-meter-long warship berthed alongside Station Pier on September 13, ahead of a four-day port visit to say goodbye to the city where she was built.

Melbourne’s crew of more than 180 officers and sailors exercised their Freedom of Entry to the city, by marching up Swanston Street towards Town Hall.

Commanding officer Commander Marcus Buttler said the visit would be bittersweet with the Ship’s service soon coming to an end, but his crew were proud to show the community what the ship could do and had achieved over the past 27 years.

“HMAS Melbourne and her crew have never stopped working hard, deploying overseas for most of 2018 and 2019, and we appreciate the opportunity to host the people of her namesake city just as they’ve welcomed us back to Melbourne time and time again,” Commander Buttler said.

HMAS Melbourne was commissioned in 1992 and sailed more than 900,000 nautical miles throughout her service life.

She deployed on operations to the Middle East eight times and earned battle honors for service in East Timor and the Persian Gulf. 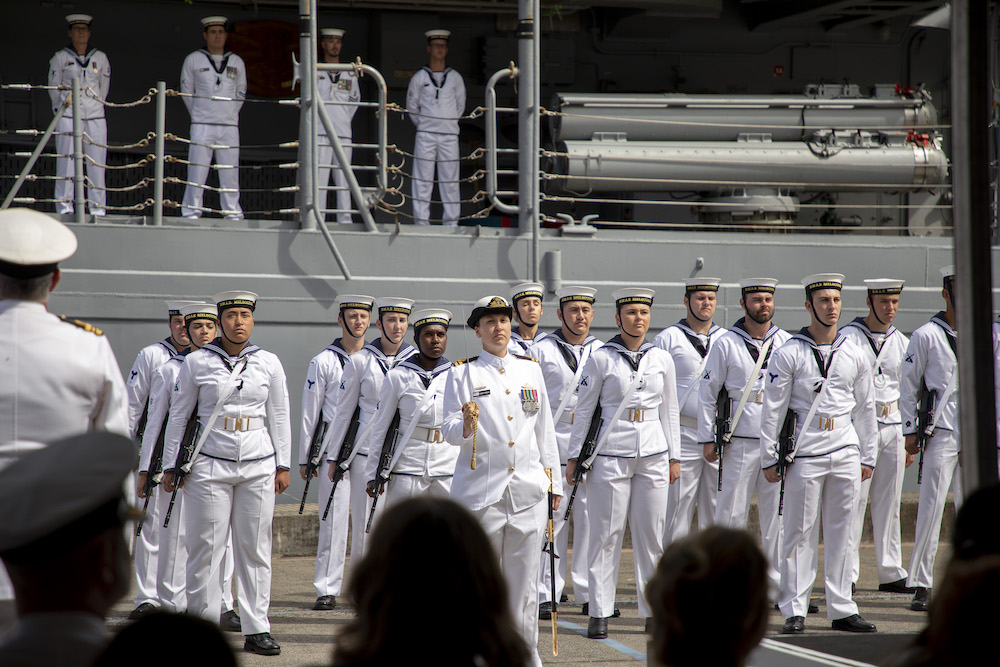 Australia’s final Adelaide-class frigate bows out of service
Posted: 10 months ago
Seven Royal Australian Navy ships depart their bases to get back to training
Posted: 3 months ago
HMS Trent embarks on her 1st mission
Posted: about 1 month ago
Advertisement
Related news