Advertisement
Back to overview
Home naval-today USS Dwight D. Eisenhower a step away from deployment

USS Dwight D. Eisenhower a step away from deployment

The carrier wrapped up the series of preparations and returned to Norfolk on September 29.

TSTA/FEP is a training assessment that tests the ship’s ability to integrate with other assets within CSG 10, including the ships assigned to Destroyer Squadron (DESRON) 26 and the aircraft attached to Carrier Air Wing (CVW) 3.

“Ike sailors have done it,” said Capt. Kyle Higgins, Ike’s commanding officer. “Through a mixture of patience, determination and perseverance, the sailors of our mighty ship and the rest of the Ike Carrier Strike Group (CSG) completed our first basic phase work-up.”

The evolution was graded by Commander, Naval Air Forces Atlantic (CNAL) and Afloat Training Group (ATG) Atlantic, who embarked aboard the aircraft carrier for its latest underway.

In addition to working through the ship’s ability to integrate with other assets, numerous drills and exercises were performed to test the crew and its own level of readiness. These included mass casualty evolutions, shipboard firefighting, simulated man overboard, and various flight operations scenarios.

Over 15 separate training teams assisted in ensuring that the ship’s crew was battle-tested and ready for the evaluators to come aboard.

To date, Ike has accomplished 98% of Basic Phase graded requirements. The Ike has also totaled 91 days at sea and conducted approximately 2,400 aircraft sorties.

The next step for IKE will be the Integrated Phase of the Optimized Fleet Response Plan, followed by Composite Unit Training Exercise (COMPTUEX), which will test all warfare mission areas of the ship and CSG-10.

During this phase of deployment preparations, the carrier also spent time underway with the Royal Navy aircraft carrier HMS Queen Elizabeth which is conducting F-35B trials off the US East Coast. 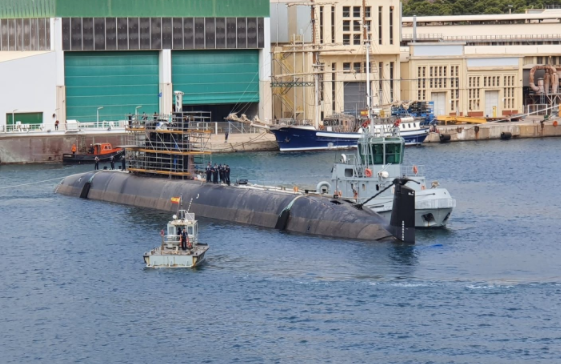