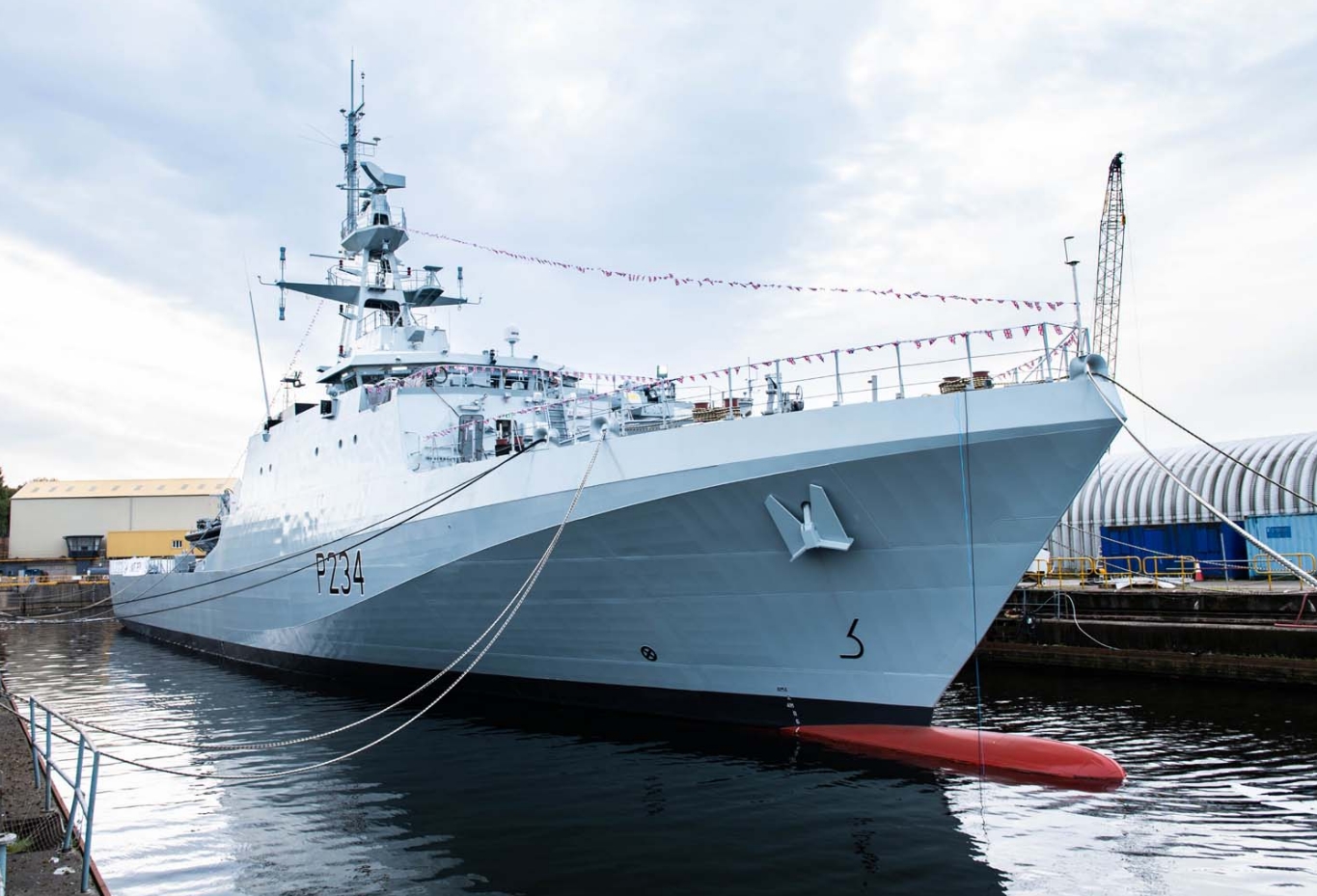 The fifth and final unit from the second batch of the Royal Navy’s River-class offshore patrol vessels was formally named as work on HMS Spey nears completion.

The ceremony was the latest milestone in a seven-year program which will give the Royal Navy a fleet of new patrol ships.

As with her sisters, HMS Spey was built at the BAE Systems facility at Govan, then moved down the Clyde to their Scotstoun yard for fitting out.

She takes her name from Scotland’s third longest river. The Royal Navy has been using the name since 1814, with the most recent HMS Spey, a minesweeper, sold to Brazil in 1998.

The latest incarnation is 90 meters long, equipped with a 30mm main gun, a flight deck which can host Merlin and Wildcat helicopters and space for 50 Royal Marines/soldiers for specific missions.

Spey will be used for general patrol duties, counter-terrorism/anti-smuggling missions, provide disaster relief where needed, act as the UK’s eyes and ears on the high seas and fly the flag for Britain’s global ambitions.

At present, the 2,000-tonne warship has a handful of sailors assigned to her, with more joining over the winter and first commanding officer Lieutenant Commander Ben Evans due to arrive in late April. 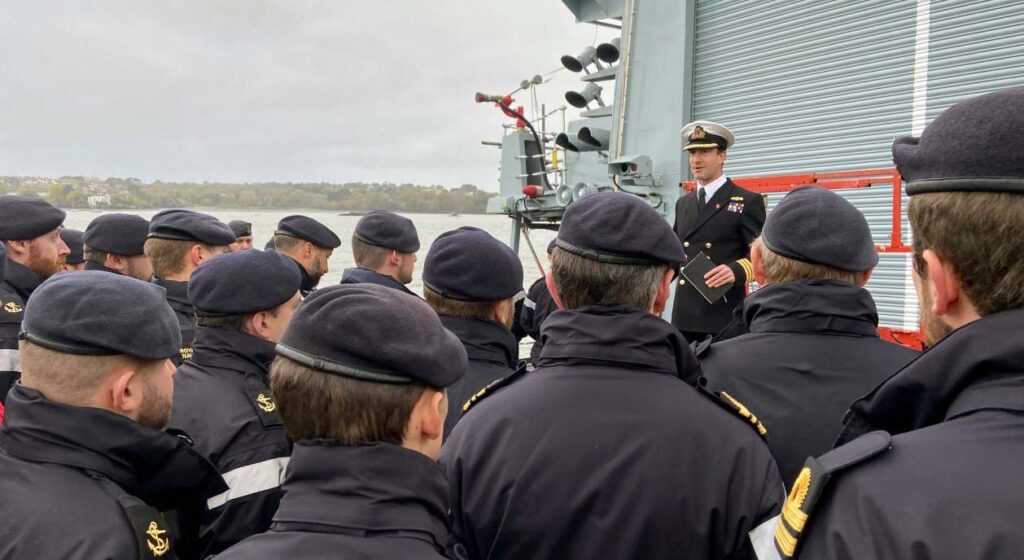