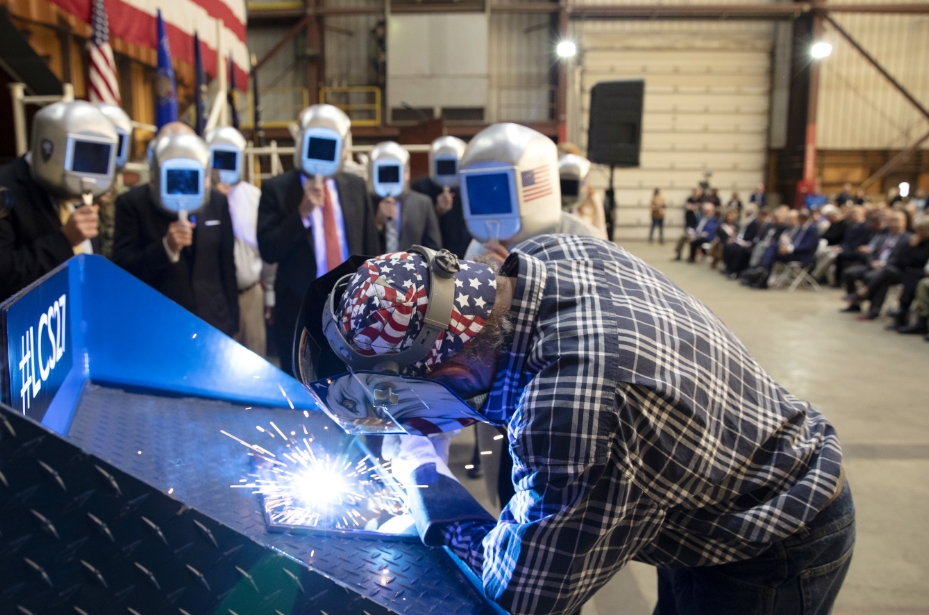 Work on building the US Navy’s 27th littoral combat ship have kicked off with an official ceremony at Fincantieri Marinette Marine’s shipyard.

The future USS Nantucket is the 14th Freedom-variant LCS. It is one of six ships in various stages of construction and test at the Fincantieri Marinette Marine shipyard.

The ceremony saw a shipyard worker weld the initials of Polly Spencer, USS Nantucket ship sponsor and wife of U.S. Secretary of the Navy Richard Spencer, into the ship’s keel plate.

This plate will be affixed to the ship and travel with Nantucket throughout its commissioned life.

LCS 27 is the first Navy ship to be named after Nantucket, Massachusetts in more than 150 years. Nantucket has a deep connection to sailing and maritime traditions, serving as a whaling hub in the 1800s and as the home of generations of American sailors since the town’s beginning. The previous USS Nantucket, the first to be named after the island, was commissioned in 1862 to serve during the American Civil War.

US Navy decommissions LCS Coronado after only eight years of service
Posted: 2 months ago
Construction starts on US Navy’s first Constellation-class frigate
Posted: 3 months ago
Damen starts construction on two OPVs for Pakistan Navy
Posted: about 1 month ago
Related news