The US Navy’s aircraft carrier USS Gerald R. Ford (CVN 78) departed its homeport of Norfolk on January 16 to begin aircraft compatibility testing (ACT) off the East Coast as the first aircraft, an E-2D, landed on board.

In October 2019, the ship, described as the world’s most expensive ship with a price tag of over USD 13 billion, departed Huntington Ingalls Industries’ Newport News Shipbuilding (HII-NNS) after 15 months of repairs.

This will be the first time the T-45, E-2D, C-2A and E/A-18G aircraft will launch and recover from the US Navy’s newest aircraft carrier.

“Ford is now proving all of the test-work accomplished at Joint Base McGuire-Dix-Lakehurst, N.J. over the last year-and-a-half, that we can fly fleet aircraft as a ship with EMALS and AAG integrated,” Cmdr. Mehdi “Metro” Akacem, Ford’s Air Boss, said.

Ford last flew aircraft in January 2018 and has 747 launches and arrestments to date. This round of testing will allow the crew to further test the improvements made during its post-shakedown availability (PSA) while also allowing the crew to gain experience on these unique systems.

EMALS is the launch system of choice for Ford and all future Ford-class aircraft carriers. Its mission and function remains the same as traditional steam catapults, however, it employs entirely different technologies. EMALS uses stored kinetic energy and solid-state electrical power conversion. This technology permits a high degree of computer control, monitoring and automation. The system will also provide the capability for launching all current and future carrier air wing platforms – lightweight unmanned to heavy strike fighters.

The software-controlled AAG is a modular, integrated system that consists of energy absorbers, power conditioning equipment and digital controls, with architecture that provides built-in test and diagnostics, resulting in lower maintenance and manpower requirements. AAG is designed to provide higher reliability, increased safety margins and reduce the fatigue impact load on aircraft. Similar to EMALS, it will also allow for the arrestment of all current and future air wing assets.

The information captured during ACT will continue to inform improvements and modifications for Ford and follow-on Ford-class of aircraft carriers, according to the navy.

“Once Ford’s flight deck is certified, she will become my go-to aircraft carrier responsible for conducting carrier qualifications on the East Coast for the Navy’s newest Fleet and Training Command aviators,” Kelley said.

“This will be a significant boost to aircraft carrier availability and overall Fleet operational readiness.” 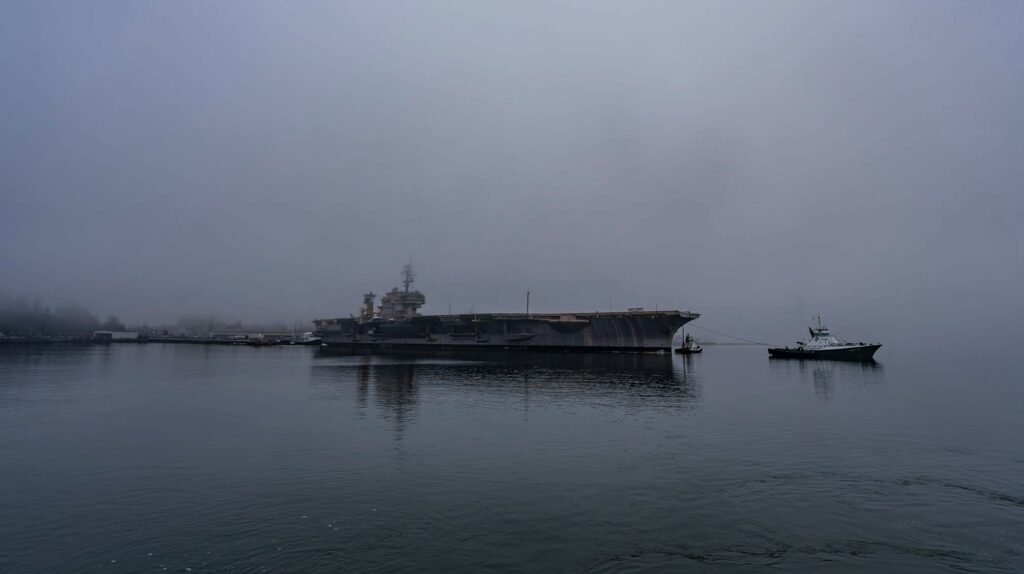