France to decide where to dismantle Clemenceau-class aircraft carrier

France will have to choose the dismantling location for its former Clemenceau-class aircraft carrier Foch (R-99), which was sold to Brazil in 2000 and renamed Sao Paulo.

Back in 2005, Foch’s sister vessel Clemenceau left France despite fierce protests about improper disposal and a lack of facilities for the management of toxic waste on the beaches on South Asia.

After having been boarded by activists, held by Egyptian authorities, been blocked from entering Indian waters by the Supreme Court of India, the warship was ordered to return to France by French President Jacques Chirac. It ended up been dismantled in a yard near Hartlepool, the UK.

“The French Courts stopped the scrapping of the asbestos-laden aircraft carrier Clemenceau on the beach of Alang, India, in 2006. Fifteen years later, France is faced with a second toxic headache,” the NGO Shipbreaking Platform said.

In 2000, Sao Paulo became the new flagship of the Brazilian Navy. After countless serviceability issues, which impeded the ship’s operation for more than three months at a time without the need for costly maintenance, it was formally decommissioned. Its auctioning began last year in Rio de Janeiro.

So far, both EU-approved ship recycling facilities and yards located on the infamous beach of Alang have submitted documentation to participate in the bidding process, according to the NGO coalition.

As explained, the São Paulo, as the Clemenceau, contains large amounts of hazardous substances within its structure. It is estimated that onboard the vessel there are approximately 900 tons of asbestos and asbestos-containing materials, hundreds of tons of PCB-containing materials and large quantities of heavy metals.

The NGO Shipbreaking Platform, BAN, BAN Asbestos France, IBAS and Brazilian ABREA have already alerted both Brazilian and French authorities about the legal, environmental and health risks linked to breaking toxic ships on the beaches of South Asia.

“The large amounts of asbestos still onboard the São Paulo need to be handled and disposed of without exposing workers and surrounding communities to the risk of cancer,” Professor Annie Thebaud-Mony said.

“The contractual clause in the sale of the Foch to Brazil gives France the last say in where the aircraft carrier can be dismantled. French authorities must direct the Clemeceau’s sister ship to an EU-approved facility – anything else would be a scandal.”

NGOs call upon Brazilian and French authorities to make sure the São Paulo does not end up on a South Asian beach and is safely recycled in an EU-listed yard or converted to other use. 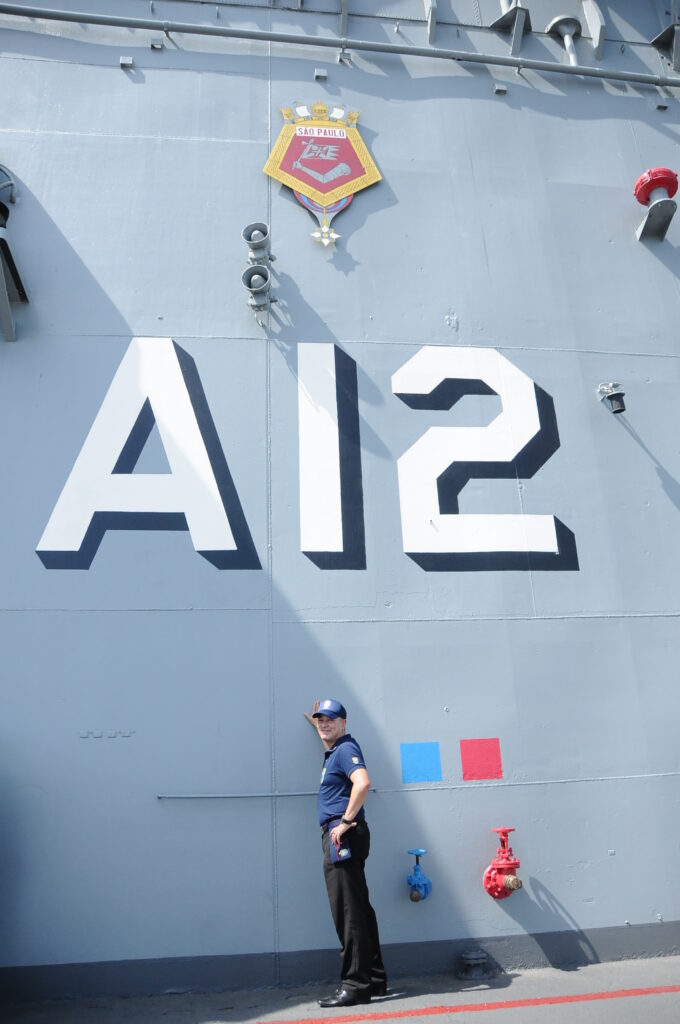