Despite obstructions, an institute in Brazil is fighting to preserve the decommissioned Brazilian Navy’s Clemenceau-class aircraft carrier Sao Paulo (A12) and convert it into a museum.

Awaiting disposal, Sao Paulo is currently moored at Ilha das Cobras island, which is home to the Arsenal de Marinha do Rio de Janeiro base of the Brazilian Navy.

First commissioned in 1963 by the French Navy as Foch, the ship was sold to Brazil in 2000, becoming the new flagship of the Brazilian Navy.

Last year, the ship’s auctioning began in Rio de Janeiro. Local authorities were accepting proposals on where to dismantle the ship which contains large amounts of hazardous substances within its structure. However, the auction has been reportedly withdrawn without explanation.

Several NGOs including the NGO Shipbreaking Platform and ABREA have urged the governments of France and Brazil to make sure the Sao Paulo does not end up on South Asian scrapyards.

Back in June 2018, the Sao Paulo / Foch Institute, a non-profit and private association, was created in an effort to prevent the ship’s destruction and turn it into a naval museum.

Naval Today spoke to Emerson Miura, President of the Sao Paulo / Foch Institute, to find out more about this project.

“Our story begins at the end of 2017. After I received a video of an Air Force aircraft (KC-137) being destroyed in Rio de Janeiro I came up with the idea of ​​preserving the material discarded by the Armed Forces and transforming them into pieces of a museum,” according to Miura.

“In my research, I found that the Sao Paulo aircraft carrier (former Foch) was also decommissioned by the Brazilian Navy as well. Subsequently, I sent an email to the Ministry of Defense to suggest the conversion of the ship into a museum.”

“In February 2018 my wife and I went to visit the ship without imagining how big it was,” he said, adding that he collected information on how to manage the ship and other matters.

“Returning to Sao Paulo (where I live) I had to study everything related to museum administration and fundraising. Thus, on June 18, 2018, the Sao Paulo / Foch Institute was created, a non-profit and private association.”

Currently, the institute is in negotiations with two cities that could benefit from the project — Santos and Santa Catarina.

“We do not know if the French government is aware of our existence. We know that it is possible to give the verdict on the destination of the aircraft carrier,” Miura continued.

“We understand that there is a lot of pressure on the governments of Brazil and France on the environmental risk of the ship. We have the alternative that will benefit everyone.”

Miura explained that the proposal of the Sao Paulo / Foch Institute is contrary to the destruction of the ship. The institute also wants to collaborate with NGOs to create alternatives and avoid the warship’s destruction.

He added that there is a lot to be done and that the institute even mobilized its friends from the Foch Veterans Association (Le Ancient du Foch) in France.

“We made it clear to the Brazilian Navy that the ship would have greater value as a museum than being sold as recycled material for a symbolic price. Not to mention how much the museum would provide more than 3,000 direct jobs bringing regional development in what will be the biggest attraction of South America.”

“Our institute is regulated and governed by the laws of our country to perform all work. Our mission is to rescue and preserve all historical civil and military material that can become part of a collection accessible to the population.”

“As you can see, the story is not over yet and we will not give up. We keep our eyes open for everything that concerns the aircraft carrier. Even with few resources,” Miura concluded. 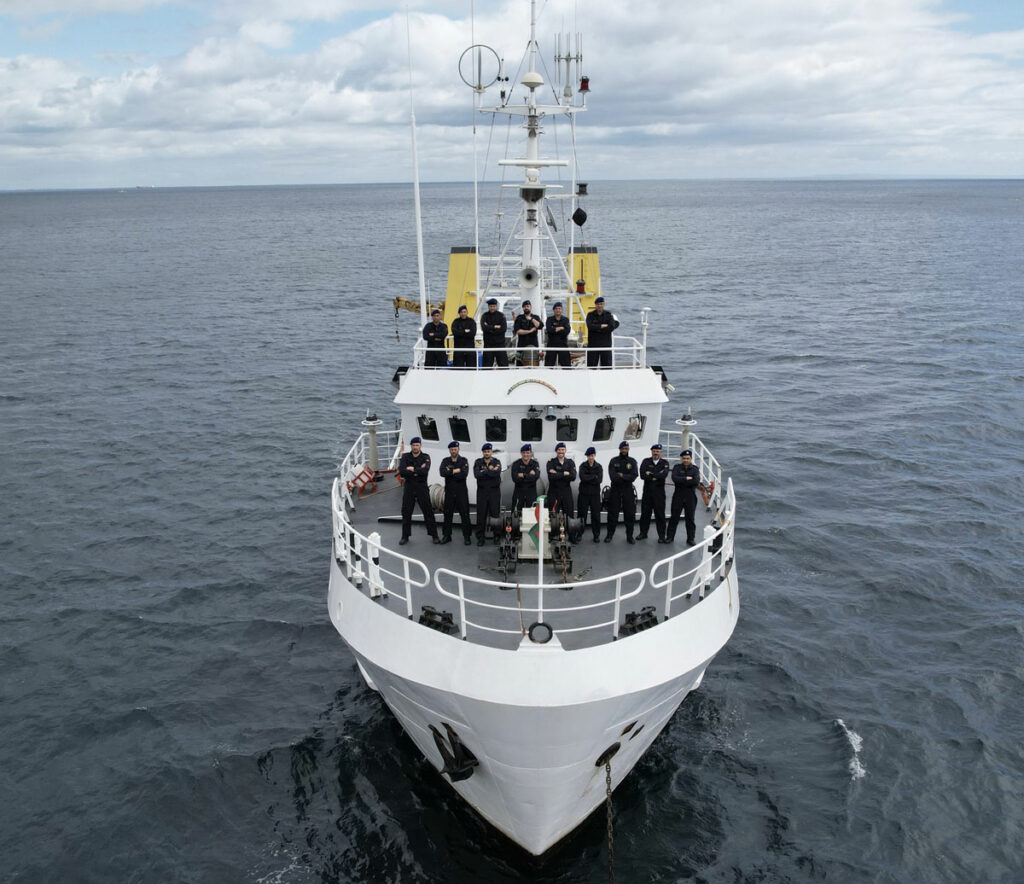