The Government of Canada has awarded a performance-based contract for the full construction of two Royal Canadian Navy’s joint support ships (JSS) to Seaspan’s Vancouver Shipyards.

Valued at CA$2.4 billion, this contract will allow the transition to full-rate construction of the first ship, the construction of early blocks for which began in June 2018, and then the second ship.

The two JSS designated as the Protecteur-class will replace the RCN’s decommissioned auxiliary oiler replenishment vessels. The project is part of a broader effort to revitalize the RCN’s surface fleet of ships.

The JSS will deliver fuel and other vital supplies to vessels at sea, offer medical and dental services, and provide facilities for helicopter maintenance repair.

The presence of replenishment ships increases the range and endurance of operations at sea, allowing Canadian combat ships to remain at sea for significant periods of time without going to shore for resupply.

“We continue to work closely with the Canadian shipbuilding industry and its associated sectors during this unprecedented time for our country and the world…This contract award is yet another example of our ongoing commitment to the National Shipbuilding Strategy, which is supporting a strong and sustainable marine sector in Canada,” Anita Anand, Minister of Public Services and Procurement, commented.

“I am pleased to see yet another milestone happen this year for our future joint support ships. With these warships, the Royal Canadian Navy will be able to operate with even greater flexibility and endurance. These ships will not only form part of the core of our naval task groups, they also represent a vital and strategic national asset that will enable the Navy to maintain its global reach and staying power,” Art McDonald Commander of the Royal Canadian Navy, said.

The design contract for the JSS project was awarded in February 2017, and early build construction began in June 2018. 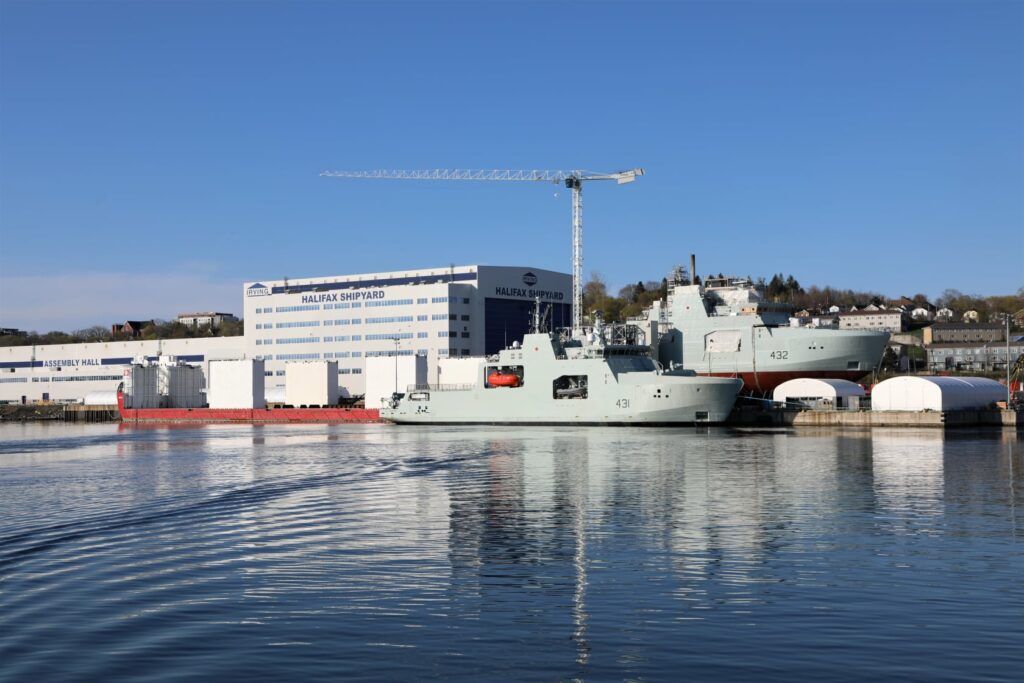