The newbuild arrived at its homeport in San Diego in late May 2020 after departing Austal’s shipyard in Mobile, Alabama.

The navy commissioned Kansas City administratively via naval message due to public health safety and restrictions of large public gatherings related to the coronavirus pandemic and transitioned the ship to normal operations. The navy said it is looking at a future opportunity to commemorate the special event with the ship’s sponsor, crew, and commissioning committee.

“This Independence-variant littoral combat ship will continue our proud naval legacy and embody the spirit of the people of Kansas City,” Secretary of the Navy Kenneth J. Braithwaite said.

“I am confident the crew of the USS Kansas City will extend the reach and capability of our force and confront the challenges of today’s complex world with our core values of honor, courage and commitment.”

“Like other littoral combat ships, Kansas City brings speed and agility to the fleet,” said Brown via naval message. 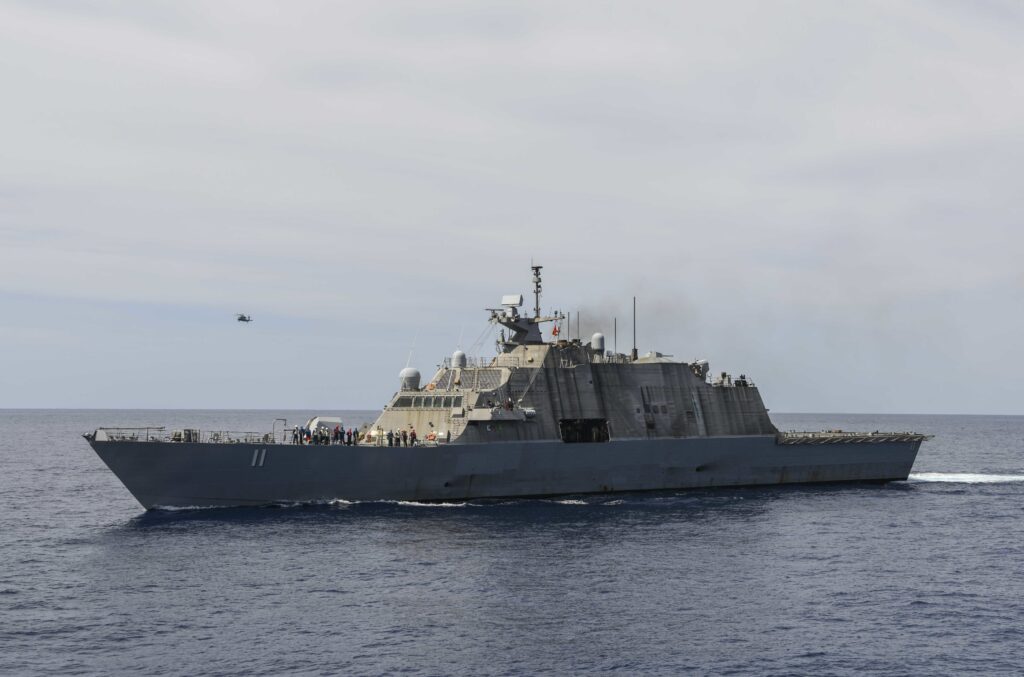