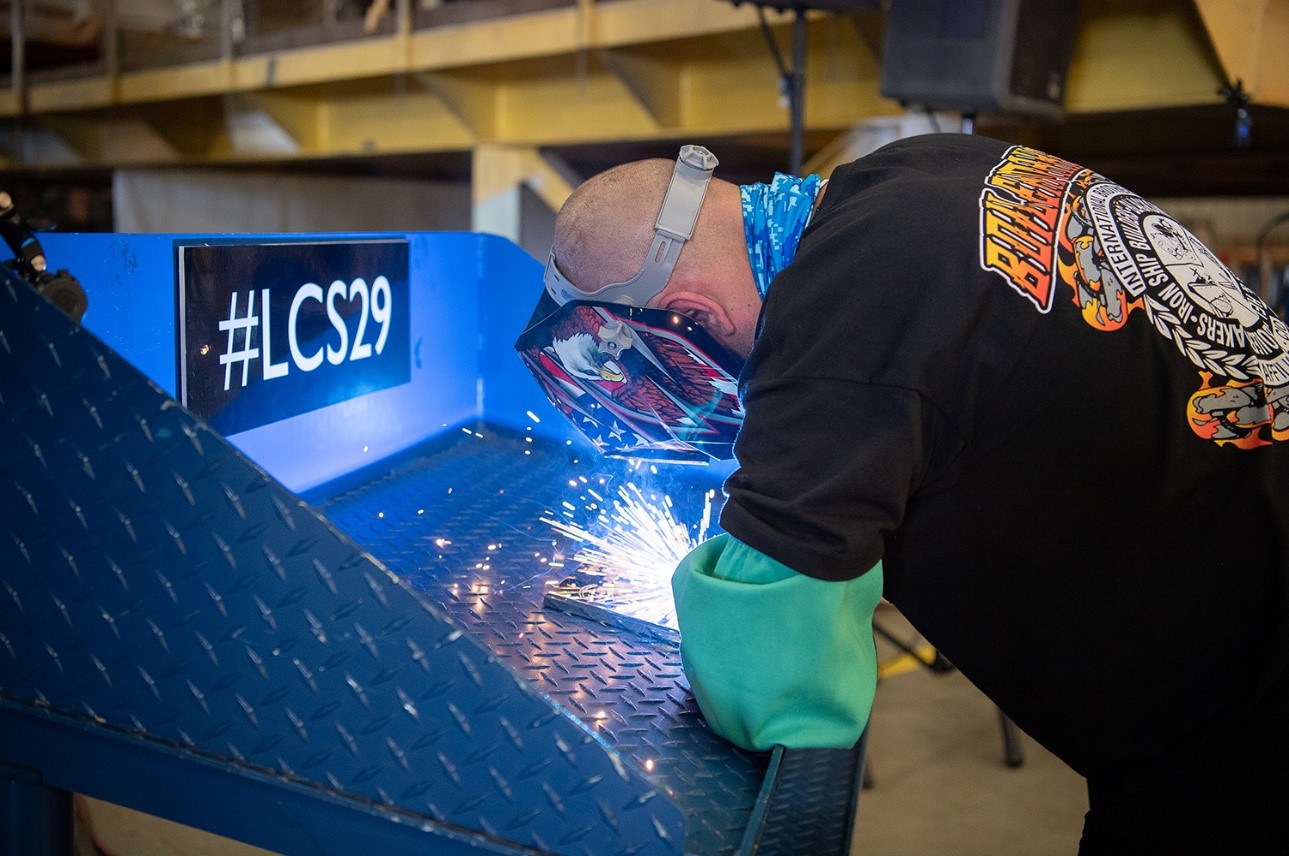 In May, LCS 7 (USS Detroit) partnered with a U.S. Navy destroyer and Coast Guard teams to serve interdiction missions in the U.S. Southern Command Area of Responsibility.

“With two deployments so far this year, Freedom-variant LCS have proven that they are capable and can serve a unique role in the U.S. Navy’s fleet,” Joe DePietro, vice president and general manager of Small Combatants and Ship Systems, commented.

“LCS’ speed, maneuverability and flexibility allows the ship to serve a multitude of missions by quickly integrating equipment and deploying manned and unmanned aerial, surface or sub-surface vehicles.”

LCS 29 is the first US Navy ship to be named after Beloit, Wisconsin, and the ship’s sponsor has personal ties to Beloit. During a long career with the U.S. military, Major General Anderson became the first African American woman to obtain the rank of major general in the U. S. Army and U. S. Army Reserve. As a citizen-soldier, Anderson was employed for 28 years by the United States Courts, where she served as the Clerk of the Bankruptcy Court, Western District of Wisconsin, located in Madison, Wisconsin, until her retirement in late 2019.

“The construction of the Navy’s newest Littoral Combat Ship and naming it after the city of Beloit, with its rich and storied history of supporting our nation’s national security, is more than fitting,” Major General Marcia M. Anderson, the ship’s sponsor, said.

Beloit is one of six LCS in various stages of construction and test at the Fincantieri Marinette Marine shipyard.