The ceremony took place at the naval base in Frederikshavn on 19 October.

The ships in question are HDMS Esbern Snare (L17) and HDMS Absalon (L16). As informed, they have been reclassified as anti-submarine warfare (ASW) frigates, retaining their names but changing their pennant numbers to F342 and F341, respectively.

As explained, the new designation of the two units will make it easier for the navy to cooperate with NATO partners.

The vessels are undergoing conversion in Frederikshavn. Once the works are completed, the ships will be equipped with anti-submarine equipment in the form of an advanced towed sonar that can spot submarines at a long distance. The new equipment is needed to be fully aligned with the ships’ existing computer and weapon systems.

The move will enable Denmark to join nations that have capacity to fight submarines. In this way, the navy can better supply NATO with the required anti-submarine warfare capacity, according to Rear Admiral Torben Mikkelsen, Head of the Navy Command.

The Danish ASW frigates of the Absalon class have a displacement of 6,300 tons, and feature a length of 137 meters and a width of 19.5 meters. They are equipped, among other things, with Harpoon missiles, Sea Sparrow missiles and anti-submarine torpedoes.

In addition, each ship can operate two Sea Hawk Helicopters. 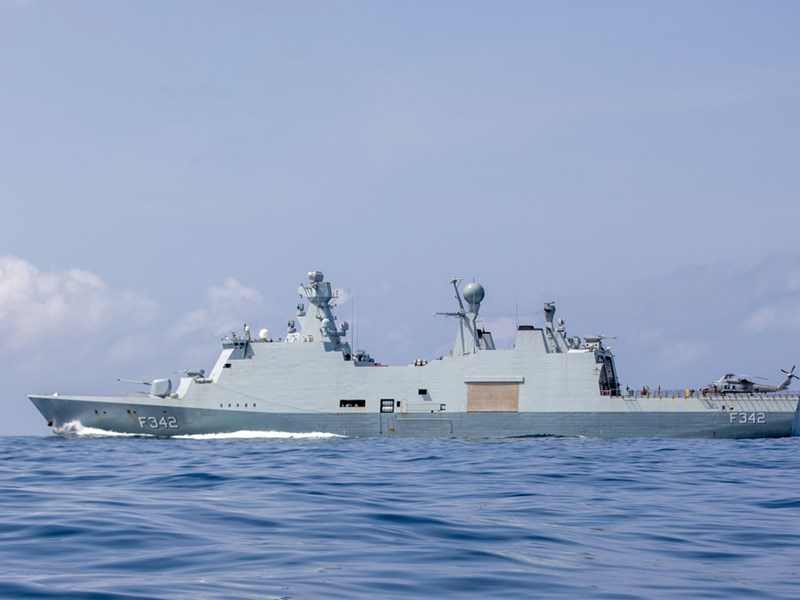