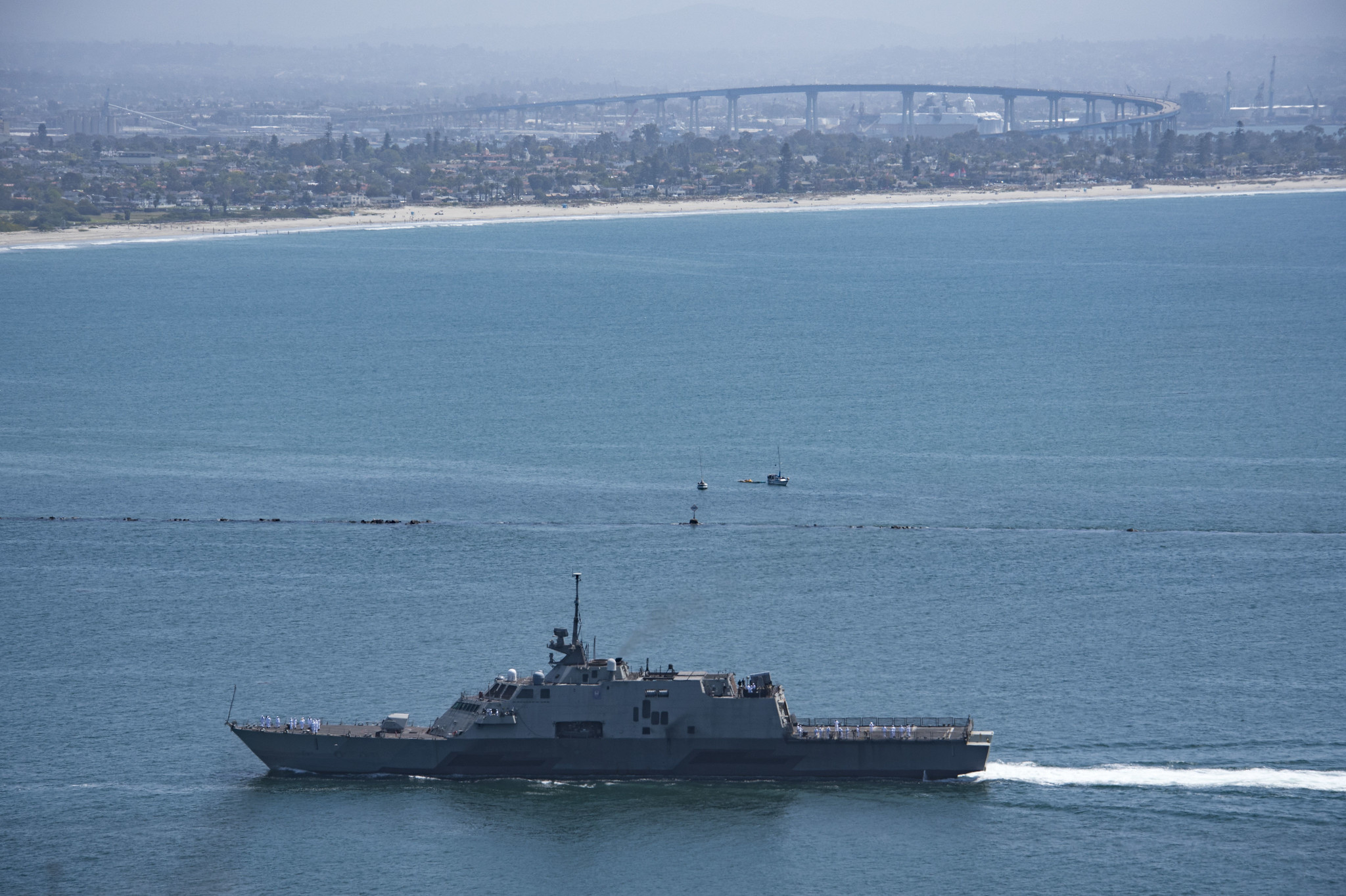 During their deployment, the crew of Freedom and a detachment from Helicopter Sea Combat Squadron (HSC) 23 completed joint operations with a Coast Guard Law Enforcement Detachment in support of counter-illicit trafficking, improving Navy-Coast Guard naval warfighting readiness and interoperability.

“As the Navy’s first LCS, USS Freedom paved the way for the class and introduced a unique set of capabilities to the waterfront. Much of what Freedom Sailors accomplished during the ship’s commissioned service will be leveraged by LCS crews around the globe for years to come.”

While providing counter-narcotics support, Freedom disrupted more than 2,000 kilograms of cocaine and 3,895 pounds of marijuana worth an estimated street value of more than 111 million dollars.

Most recently, the Coast Guard-Navy team aboard Freedom conducted a seizure of more than 1,500 kilograms of cocaine off the coast of Mexico, April 7.