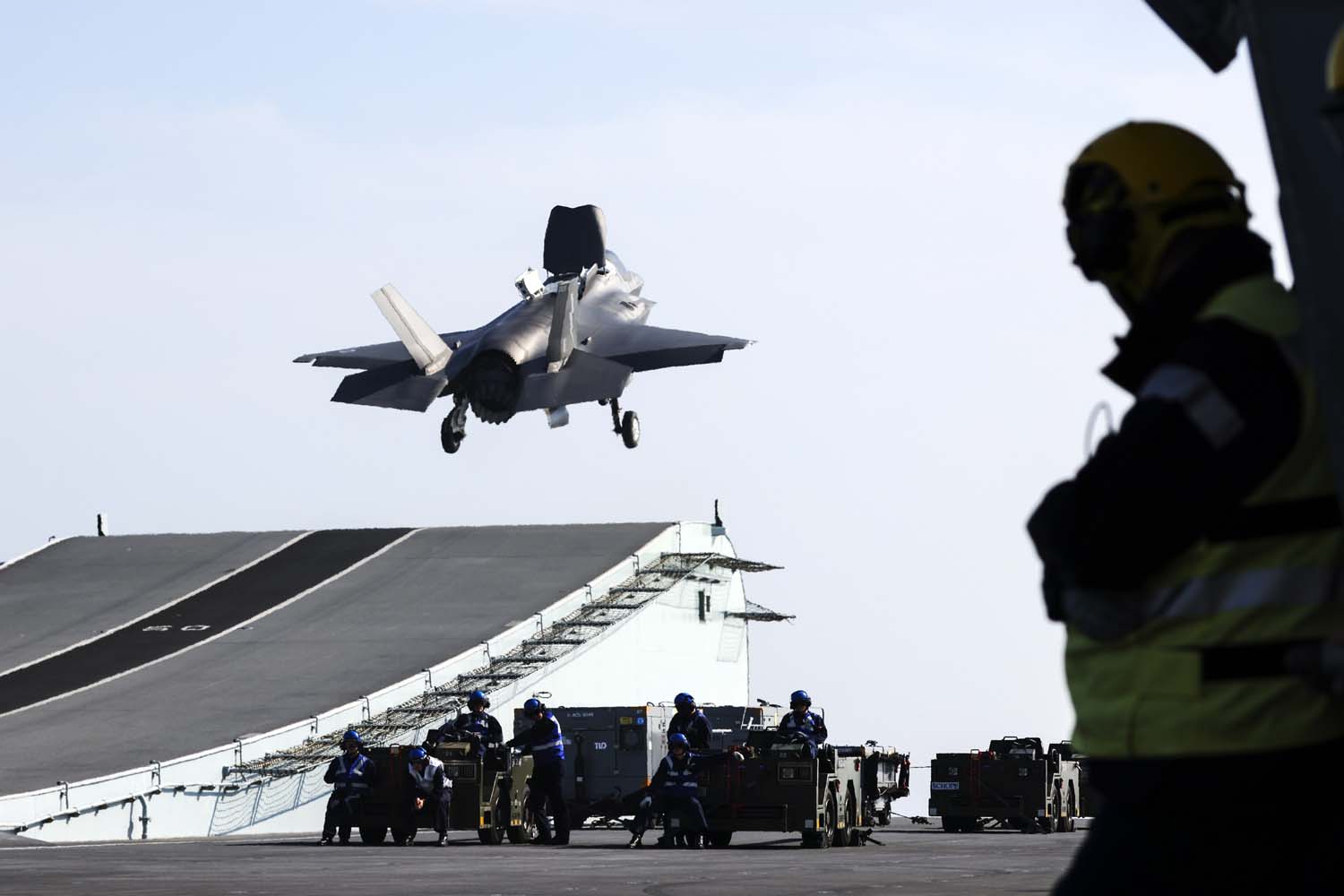 Until now, HMS Prince of Wales and HMS Queen Elizabeth have embarked on the fifth-generation jets but never have the two 65,000-tonne behemoths launched the fighters from their flight decks at the same time.

That’s now changed with HMS Prince of Wales exercising with the RAF’s 207 Squadron in waters close to the UK, while, on the other side of the world, HMS Queen Elizabeth carries out flying operations over the Pacific, separated by 7,000 miles.

“This is an extraordinary achievement for the Royal Navy and represents the true global reach we have in this current era,” said First Sea Lord, Admiral Sir Tony Radakin.

Three UK F-35Bs from 207 Squadron are currently on board HMS Prince of Wales as she goes through the final demanding stages of becoming fully operational this autumn.

Later this month, HMS Prince of Wales will also take part in the largest military exercise in the UK, Joint Warrior, off the Scottish coast to test its ability to work alongside other naval, air force and army assets and as part of broader task group operations.