HMS Richmond conducted operations in the East China Sea to support UN sanctions efforts targeted against the Democratic Republic of Korea’s (DPRK) nuclear weapon and ballistic missile programs. The sanctions, adopted in 2017, ban the supply of fuel or refined petroleum products to DPRK.

The operations, which were conducted and completed earlier this month, are the first occasion since 2019 that a Royal Navy ship has supported United Nations sanctions monitoring and enforcement activity.

“HMS Richmond’s deployment in the East China Sea identified ships acting in suspected breach of UN sanctions and tracked vessels which had previously not been flagged to the Enforcement Coordination Cell,” Defence Secretary, Ben Wallace said.

“North Korea’s ambitions to acquire Weapons of Mass Destruction destabilises the region and poses a threat to the world. This vital activity, part of the Carrier Strike Group deployment to the region, has frustrated those ambitions.”

Over the last month the UK Carrier Strike Group has been conducting a series of exercises with the Japanese, United States and the Republic of Korea, separate to sanctions enforcement. Signalling the UK’s enduring commitment to the Indo-Pacific, the Royal Navy has also recently despatched two warships – HMS Spey and HMS Tamar – to the region to deliver a permanent force presence. 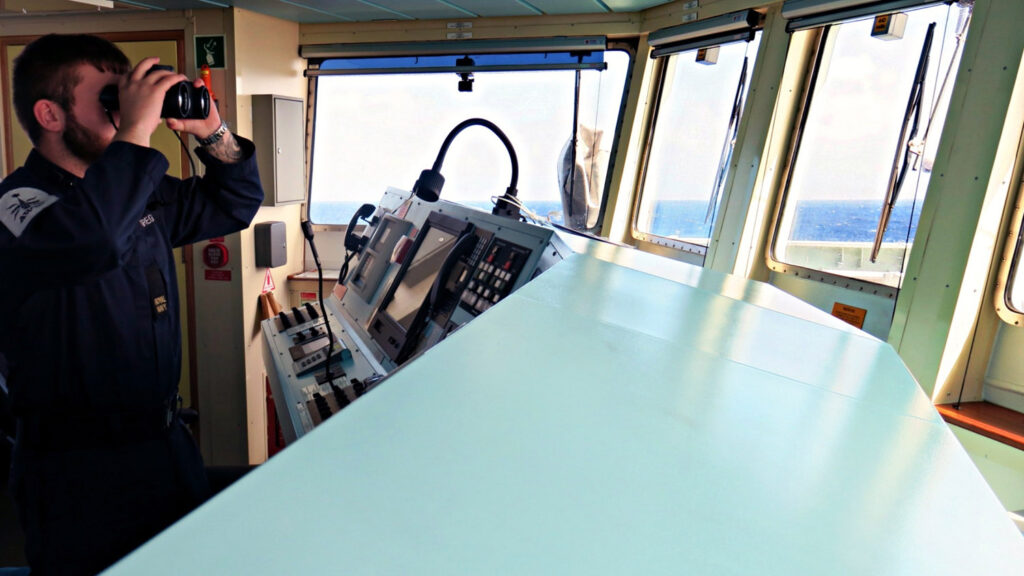