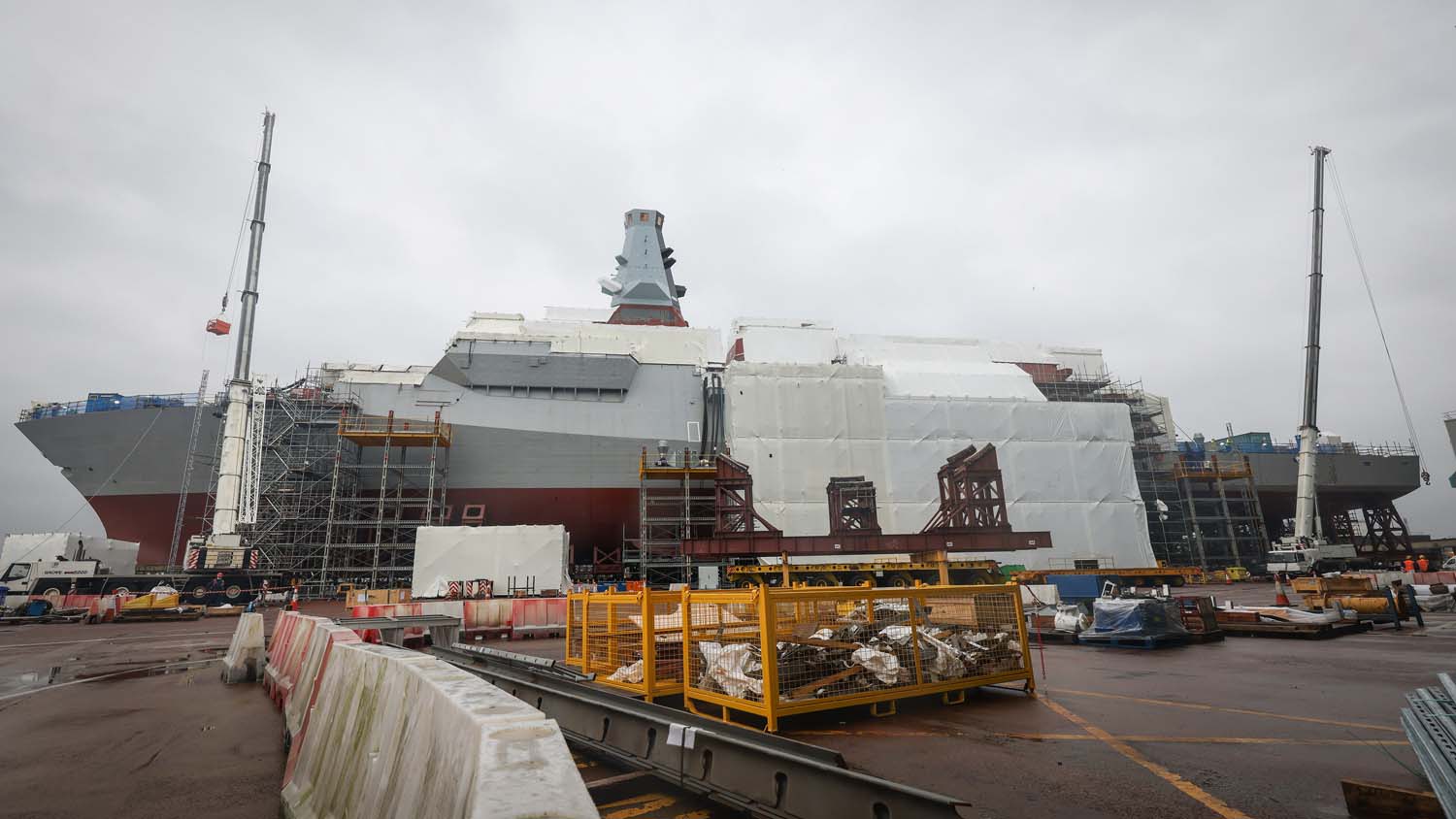 The Royal Navy has revealed that the construction of its first in the series of eight Type 26 frigates is sufficiently complete for the navy to begin assigning sailors to the vessel.

As informed, half a dozen sailors have joined HMS Glasgow – under construction in her namesake city – to begin turning a lifeless hull into the world’s most advanced submarine hunter.

The vessel’s bow was launched in April this year at BAE Systems’ shipyard on the River Clyde.

A 5-inch gun and vertical-launch missile, plus an adaptable mission bay will provide the offensive punch and capability of the frigates.

Glasgow is currently on the hard-standing at BAE Systems’ yard in Govan, where shipwrights, technicians and engineers are completing the hull and superstructure. The trailblazers will produce the ship’s operators’ manual: determining how HMS Glasgow will be run, its routines, systems and sensors to make it an effective fighting force when the ship enters service later this decade.

“With Royal Navy personnel joining HMS Glasgow for the first time, we have reached a key milestone that will enable the engineering, administrative and organisational foundations to be established,” said Commander Phil Burgess, both the warship’s Marine Engineer Officer and Senior Naval Officer – representing the Commanding Officer until one is appointed further along in the ship’s life.