Huntington Ingalls Industries has revealed that its Ingalls Shipbuilding division has received a contract modification from the US Navy for $113.6 million to enable long-lead-time material and advance procurement activities for amphibious assault ship LHA 9.

LHAs are the centerpiece of the navy amphibious ready groups and Marine Corps air-ground task forces. In addition to being lethal, mobile and agile maintenance and logistics facilities, LHAs are top-of-the-line medical facilities with full operating suites and triage capabilities.

Ingalls is the sole builder of large-deck amphibious ships for the Navy. The shipyard delivered its first amphibious assault ship, the Iwo Jima-class USS Tripoli (LPH 10), in 1966. Ingalls has since built five Tarawa-class (LHA 1) ships, eight Wasp-class (LHD 1) ships and the first in the new America class of amphibious assault ships (LHA 6) in 2014. The second ship in the America class, USS Tripoli (LHA 7), was delivered to the Navy in early 2020. Bougainville (LHA 8) is under construction.

The total value of the contracts now goes up to $651 million.

“We appreciate the partnership we have with the Navy and their continued commitment to this important ship,” Ingalls Shipbuilding President Kari Wilkinson said. “Not only will it provide capability to our Navy fleet, but it also sustains hundreds of jobs across the country within our vast network of suppliers in support of construction.”

In April this year, the company has received a fourth contract modification from the U.S. Navy for $107 million to provide advance procurement activities for amphibious assault ship LHA 9. 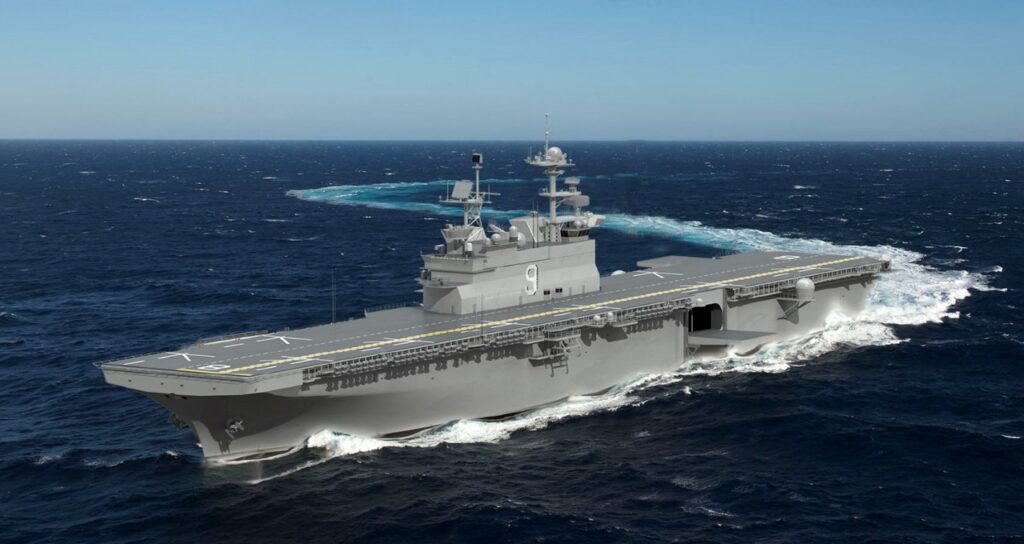