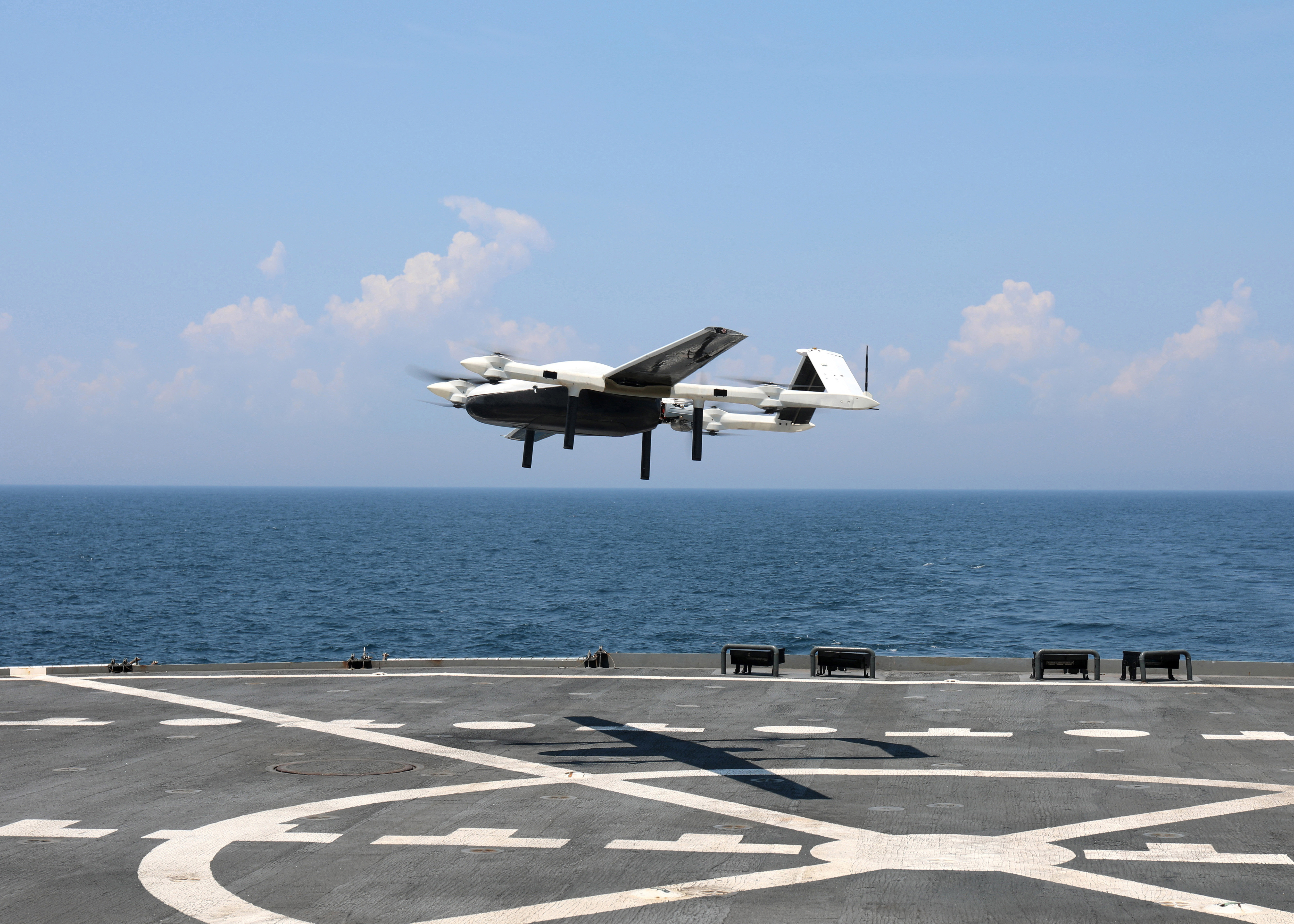 The Royal Fleet Auxiliary (RFA), the Royal Navy’s support arm, is looking at using drones to deliver mail drops and other supplies to ships in the middle of the ocean.

The classic image of the Royal Fleet Auxiliary is of a tanker sailing parallel with a warship and either pumping fuel into its tanks via a hose, or transferring supplies in crates and on pallets on a jackstay line slung between the two vessels. But helicopters are also used extensively to move loads around the fleet, typically in large nets carried beneath the aircraft.

During the recent Carrier Strike Group deployment supporting HMS Queen Elizabeth’s mission to the Pacific and back, supply ship RFA Fort Victoria shipped nearly 900 loads to the carrier and other ships in the task group, encompassing food and drink, general stores, spare parts, medical supplies, mail and parts for F-35 stealth fighters and Merlin and Wildcat helicopters – over 354 tonnes of supplies in all – while tanker RFA Tidespring carried out 67 ‘vertical replenishments’ as they are known.

While some loads are too heavy for current small-scale drones to transport, seven out of ten resupply missions involve the transfer of loads up to 100lbs/45kg, so the head of the RFA, Commodore David Eagles, wants to see if the work is “dronable”.

Using drones would save time, money and sailors, and free up helicopters for other duties, according to the navy. Royal Marines have already tested re-supply by drone both on the battlefield and on the beachhead, using autonomous systems, from Malloy Aeronautics Ltd, to ferry up to 150lbs/68kg supplies; including ammunition, blood and Bergen backpacks to troops in the line from either ship off shore or bases to the rear.

To remind, this November, the navy expanded its fleet of remotely-piloted unmanned aircraft systems (UAS) with new training, personnel, and 12 aircraft.

“The RFA ends 2021 on something of a high after rising to all the challenges made of it this year – notably sustaining the carrier group halfway around the world in the middle of a pandemic that impacted moving supplies and personnel,” navy officials commented. 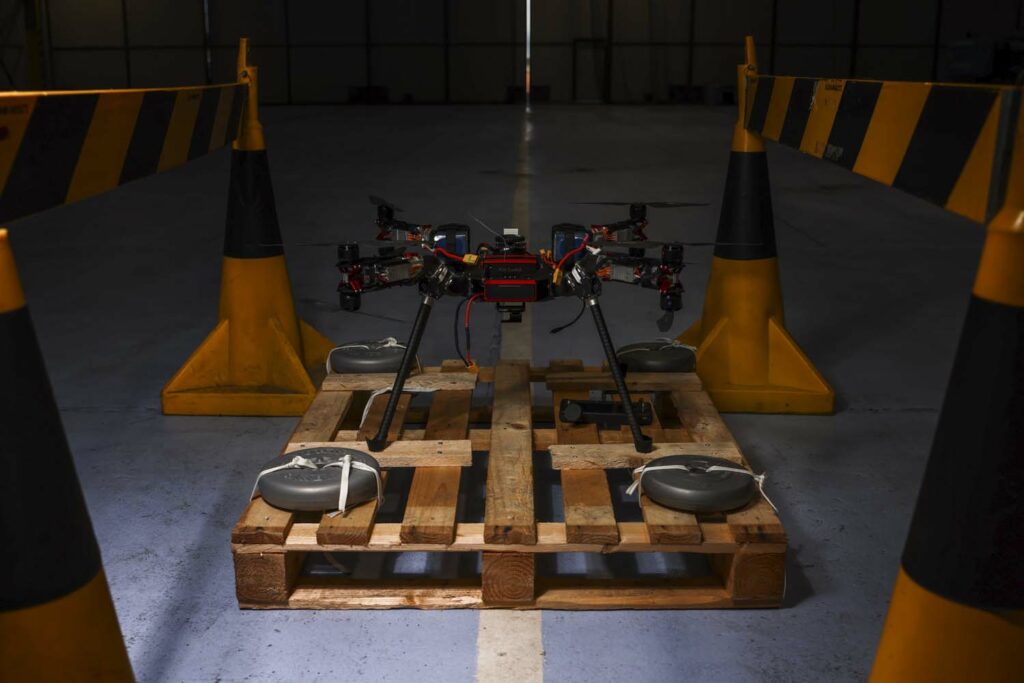 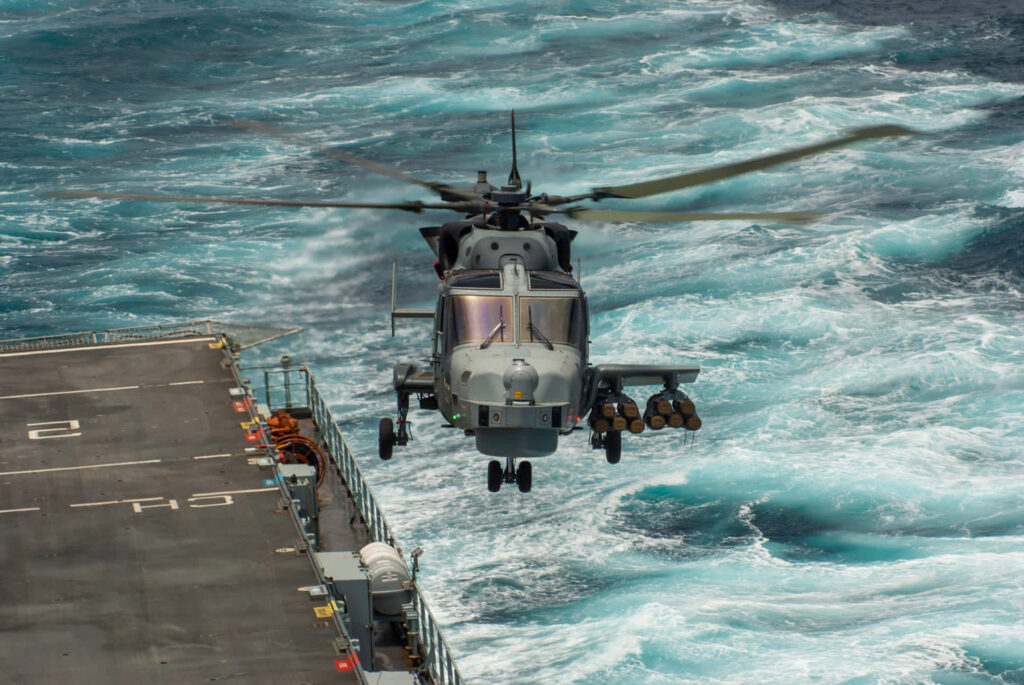