The ESX ARG has brought a host of Marine Corps air support to the operations including the “White Knights” of Marine Medium Tilt Rotor Squadron 165 (Reinforced) and the “Black Sheep” of Marine Attack Squadron (VMA) 214. The group is the first amphibious group to operate alongside the “advanced Air Wing of the Future” (CVW 2). CVW-2 is currently embarked aboard USS Carl Vinson (CVN 70).

Specifically, the advanced Air Wing of the Future includes the capabilities of the F-35C Lightning II, operated by the “Argonauts” of Strike Fighter Squadron (VFA) 147 and the CMV-22B Osprey, operated by the “Titans” of Fleet Logistics Multi-Mission Squadron (VRM) 30. Vinson, the flagship of VINCSG deployed in August 2021.

“Our opportunity to conduct integrated operations with Carl Vinson Carrier Strike Group this past week showcases the U.S. Navy’s commitment to defending regional stability in the Indo-Pacific not only through our combined expertise and experience but through the differing capabilities of U.S. Navy big deck platforms,” said US Navy Capt. Karrey Sanders, commodore of Amphibious Squadron (PHIBRON) 1.

VINCSG and ESX ARG are deployed to the U.S. 7th Fleet area of operations in support of a free and open Indo-Pacific region.

Prior to rendezvousing with VINCSG, ESX ARG recently operated in the Gulf of Aden. 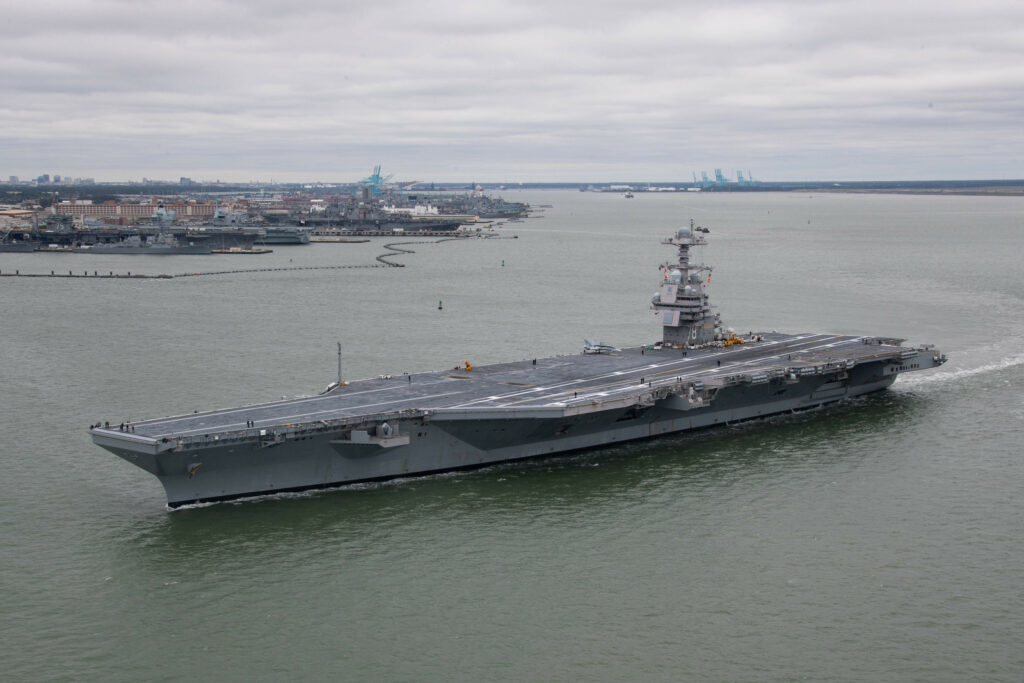