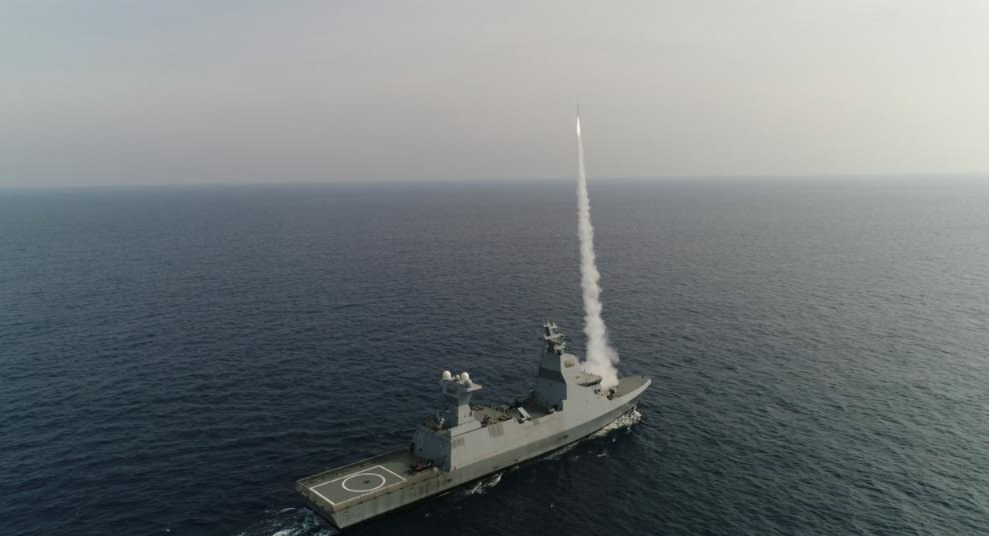 Israel has successfully completed the first series of live-fire tests of the C-Dome, an advanced naval configuration of the Iron Dome Aerial Defense System, aboard the Israeli Navy’s ship Sa’ar 6-class corvette.

As informed, the series of tests simulated a number of advanced threats including rocket fire, cruise missiles and unmanned aerial vehicles (UAVs), which the C-Dome’ is designed to successfully intercept. The C-Dome was operated for the first time aboard a Sa’ar 6-class corvette.

“This live-fire test is an important milestone and demonstrates the operational capability of the Israeli Navy to defend the strategic assets and vital interests of the State of Israel against current and evolving threats,” Israel Defense Forces (IDF) stated.

The ‘C-Dome’ was developed by the Israel Missile Defense Organization in the Directorate for Defense R&D of Israel Ministry of Defence (MoD) together with the IDF and RAFAEL Advanced Defense Systems. It joins several advanced systems in Israel’s multi-tier missile defense array, incl. the Arrow and David’s Sling.

Israel’s Defense Minister, Benny Gantz stated “I commend the DDR&D, IDF and Rafael for the completion of an unprecedented test. The systems that we are developing as part of Israel’s multi-tier missile defense array enable us to operate against Iranian proxies in the region and defend against their weapon systems, which are constantly being upgraded. We continue to be two steps ahead of them and we will continue developing and upgrading our capabilities in order to maintain security superiority in the region and to defend the citizens and assets of the State of Israel.”

Head of the Directorate for Defense R&D in the Israel Ministry of Defense, Brig. Gen. (Res.) Danny Gold added: “The success of this test constitutes a significant technological breakthrough in the field of missile defense, and is the result of the Directorate’s vision and cooperation with the IDF and Israeli defense industries.”

The system is designed to intercept and destroy short-range rockets and artillery shells fired from distances of 4 kilometers to 70 kilometers away. It was reported earlier on that Sa’ar 6 ships will carry two Iron Dome launchers to counter the threat from Hezbollah’s shore-launched rockets.

To remind, the construction of a new class of Israeli Navy corvettes started in Germany on February 7, with a steel-cutting ceremony at the Thyssenkrupp Marine Systems shipyard in Kiel. 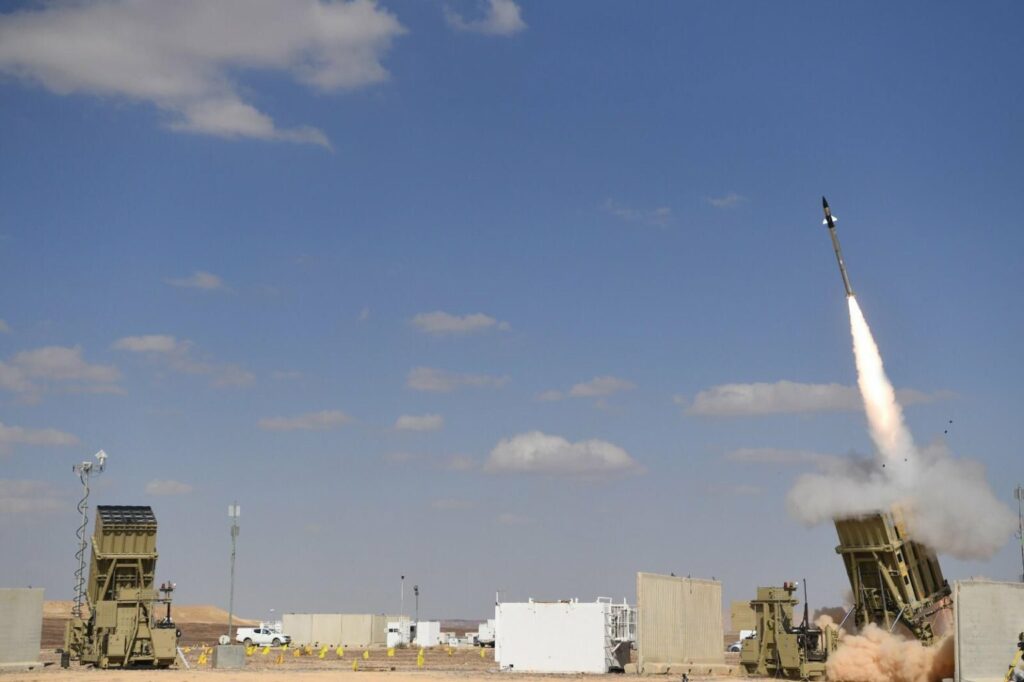