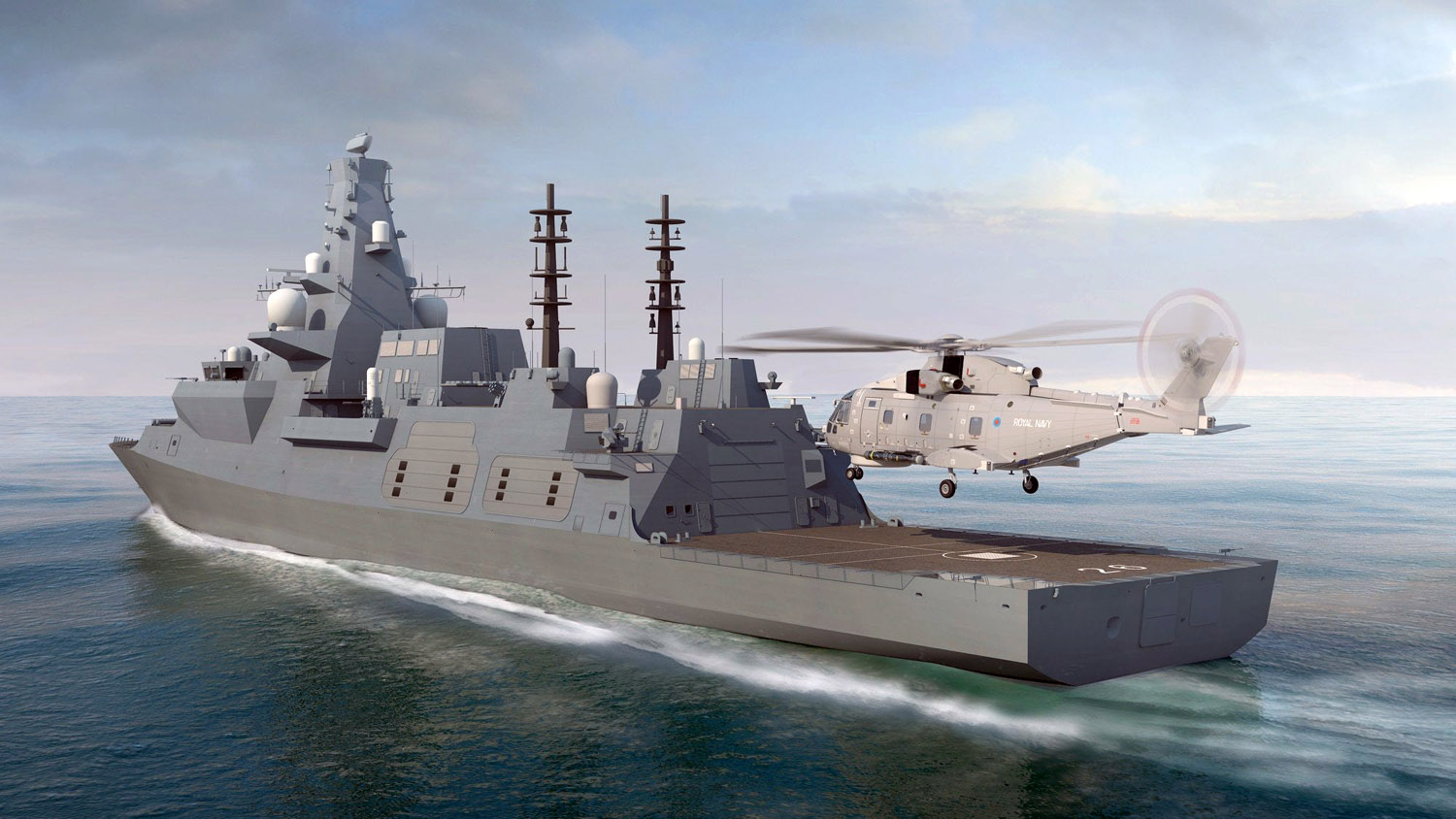 Royal Navy’s Type 26 frigates HMS Glasgow and its seven sister vessels are being fitted with selective catalytic reactors to reduce their impact on the environment.

The new selective catalytic reactor, which is a box about three metres tall and two across equipped with large-scale filters/converters, will allow the submarine-hunting ships to operate in some of the most environmentally-sensitive parts of the world as well as meet the standards set in heavily-regulated waters such as the North Sea and off the Eastern Seaboard of the USA.

When explaining how the reactor functions, Royal Navy noted that as exhaust fumes from the diesel generator pass through, a urea solution is sprayed in, causing a chemical reaction to reduce the majority of nitrogen oxides emissions.

Instead of the gases – harmful to the ozone layer, a key component of acid rain and a factor in global warming – the process instead produces water and oxygen.

“The urea we will use is effectively the same ‘Adblue’ solution that you see sold in fuel station forecourts for trucks and vans,” explained Commander Richard Wadsworth, a senior marine engineer officer with the Type 26 frigate programme.

“It thermally decomposes in the hot exhaust and reacts with NOx to produce water and nitrogen. It reduces NOx emissions – which is good for the environment.”

This means that the Royal Navy’s next-generation frigates will be “IMO Tier III compliant” for NOx emissions and will be able to operate worldwide including in several “special areas which have higher emission regulations”.

The regulations apply to vessels in North America, the US Caribbean, the Baltic Sea, the North Sea, and all future NOx Emission Control Areas.

The catalytic reactors are part of a wider program of enhancements and improvements to reduce the impact of the navy’s operations on the environment.

A version of the system has already been fitted to the Royal Navy’s two newest patrol ships, HMS Spey and Tamar.

The duo are on a five-year mission to patrol the Indo-Pacific region, including operating in some of the most remote, unblemished regions of the planet.

What is more, the aircraft carrier HMS Prince of Wales is fitted with the fleet’s first pyrolysis plants which turn 150kg of waste into just 1,5 kg.

Photo: A graphic of HMS Glasgow at sea with a Merlin; Credit: Royal Navy