The US Navy has concluded its annual training exercise Valiant Shield following 12 days of joint operations at sea, in the air, on land, and in cyberspace, which included sinking of decommissioned  Oliver Hazard Perry-class frigate USS Vandegrift.

The sinking exercise SINKEX featured a tightly synchronized sequence of live-fire events, demonstrating the joint forces’ capability to deliver fires and effects in the maritime environment.

The exercise took place in the Joint Region Marianas area of operations including Palau, Naval Base Guam, Andersen Air Force Base, and in the off-shore Mariana Island Range Complex.

This drill provided the Joint Task Force the opportunity to test new weapons and communications technologies and rehearse the integration of cyber effects to conduct long-range, precise, lethal, and overwhelming multi-domain strikes against a surface target at sea.

“This exercise was the perfect opportunity to conduct integrated deterrence, which was the cornerstone of our approach,” said Rear Admiral Robb Chadwick, Valiant Shield 22 Joint Exercise Control Group Director.

“We combined our efforts across all warfighting domains and the spectrum of conflict to ensure that the United States, alongside our allies and partners, could dissuade or defeat aggression in any form or domain.”

Marines from the III MEF brought the M142 High Mobility Artillery Rocket System (HIMARS) to perform a HIMARS Rapid Infiltration (HI-RAIN), where the Air Force National Guard provided a quick landing of their C-130 Hercules on the Republic of Palau.

The inclusion of the HI-RAIN mission significantly increases the lethality of precision fires and survivability of the HIMARS launcher, crew, and aircraft due to the reduced exposure to hostile fires.

The 94th AAMDC conducted a Patriot missile live-fire exercise on Palau, a first for the island nation, as the US Department of Defense continues to intensify its focus on the Indo-Pacific region. The Patriot is capable of defeating both high-performance aircraft and tactical ballistic missiles.

The capability of ACES included the operational demonstration of providing a concrete 3D printing capability, which is specifically designed for expeditionary environments.

Seventh Fleet, embarked aboard the USS Tripoli (LHA 7), directed the task forces in the execution of a complete live-fire process.

USS Benfold (DDG 65) launched a targeted surface-to-surface missile, which was a significant impact in the sinking of the Vandegrift. USS Key West (SSN 722), along with B-1B Lancers from the 28th Bomb Wing, and F-18s & F-35Bs from the Marine Fighter Attack Squadrons (VMFA-533 and VMFA-121) also participated in the SINKEX.

Valiant Shield 2022 is a biennial, US-only, joint Field Training Exercise (FTX) focused on integration between US forces in relation to current operational plans.

To remind, last August, the US Navy destroyed Oliver Hazard Perry-class frigate, the former USS Ingraham, during a sinking exercise off Hawaii. 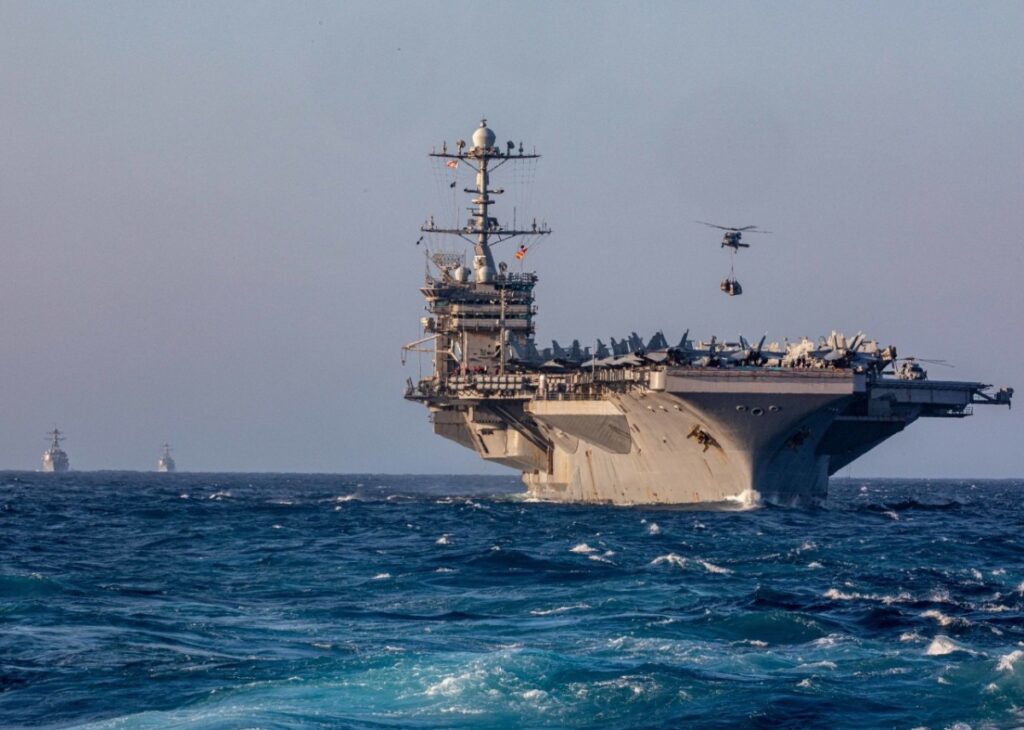