The Japan Maritime Self-Defense Force (JMSDF) has held a naming and launching ceremony for the navy’s fifth Mogami-class frigate.

The fourth vessel, Mikuma, was floated out in December last year.

JS Kumano, the second ship in the class, was built at subcontractor Mitsui Engineering and Shipbuilding’s (Mitsui E&S) Tamano shipyard. The ship was launched on 19 November 2020. The ship entered into service in March this year. The commissioning ceremony took place at MHI’s shipyard.

The next-gen frigates feature a length of 130 meters and a width of 16 meters. Powered by a combined diesel and gas propulsion system with two MAN 12V28/33D STC diesel engines and one Rolls-Royce MT30 gas turbine, the Mogami-class vessels are expected to be capable of attaining a top speed of at least 30 knots. 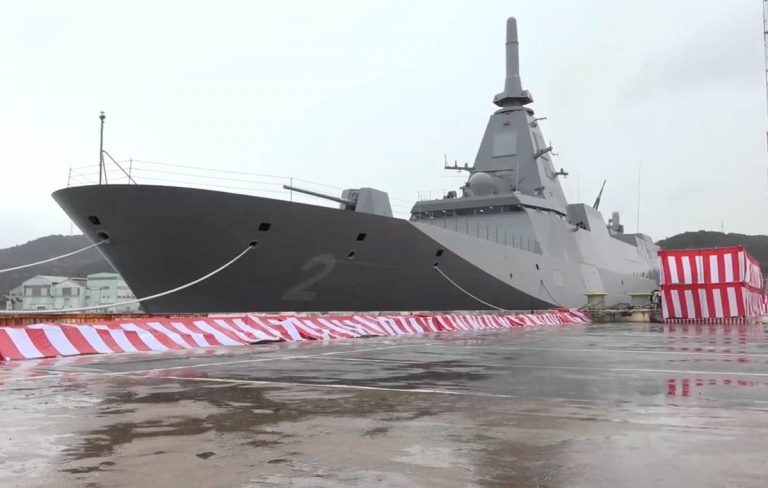