On 20 July, the European Commission announced plans to grant a total EU funding of almost €1.2 billion supporting 61 collaborative defence research and development projects, including projects from the naval defence sector.

As informed, the projects were selected following the first ever calls for proposals under the European Defence Fund (EDF).

The legislative proposal for a regulation setting up the fund was presented by the European Commission in June 2018. It aimed at fostering the competitiveness and innovativeness of the European defence technological and industrial base.

Furthermore, the plan was to trigger cooperative programs that would not happen without an EU contribution and support research and development activities.

This year, with the proposals selected for funding, the EDF will support high-end defence capability projects such as the next generation of fighter aircrafts, tanks and ships, as well as critical defence technologies such as military cloud, artificial intelligence (AI), semiconductors, space, cyber or medical counter-measures.

In 2021, a consortium led by major defense contractors Fincantieri, Naval Group and Navantia submitted an industrial proposal related to the modular multirole patrol corvette (MMPC) call of the EDF to develop a new ship, the European patrol corvette.

The project, which will receive around €60 million, will focus on conceptual studies up to the initial design, and use as a reference corvette class vessel that can fulfil a wide range of missions in future operations.

Meanwhile, the EDINAF project, in which Navantia also plays one of the key roles, will get €29 million, will support the design and the creation of next-generation smart vessels and gather the European supply chain around a common standard applicable to equipment manufacturing and to future naval operations.

Moreover, EDINAF partners want to enable the integration of a joint naval operational cloud as a component of the broader military multidomain operations cloud. It will also focus on an IT infrastructure and associated data interface standards.

dTHOR project, valued at €14.5 million, is to be entirely financed by the EU grant. The project seeks to establish a common framework and associated standards to improve the monitoring of the ship’s structure through sensorization and massive data exchange.

Knowing the actual state of the ship’s structure at all times will allow optimization of maintenance by following a condition-based maintenance scheme and will advise the crew on the actual performance of the structure throughout its life cycle. Some of the international participants in the program include Navantia, Naval Group, and ThyssenKrupp Marine Systems (TKMS).

“Through the European Defence Fund, European cooperation in defence becomes increasingly the norm. We spend better by spending together. It benefits all Member States and European defence industry big or small,” he concluded. 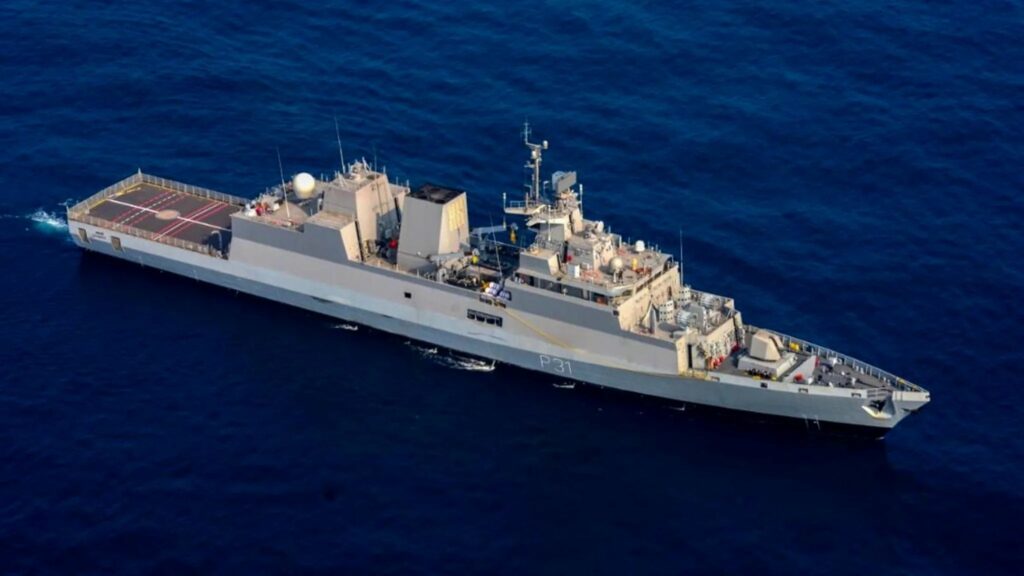