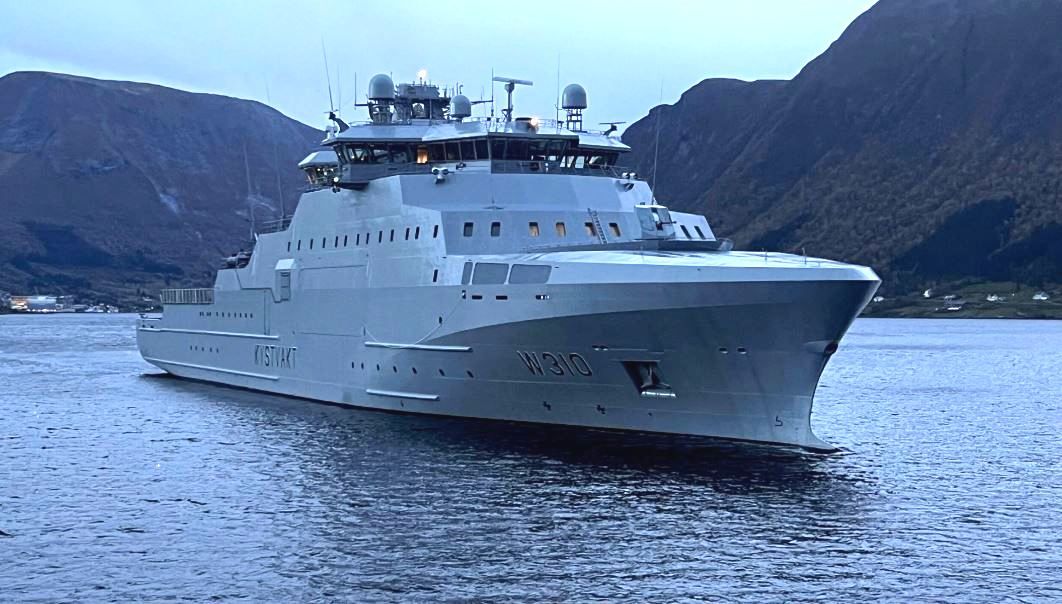 As disclosed, the naming ceremony for the vessel KV Jan Mayen took place on 16 October. The Norwegian Minister of Justice and Public Security, Emilie Enger Mehl, named the vessel which is the first of three new coast guard vessels that VARD will build for Norway

The vessel is equipped at Vard Langsten, and the hull built at Vard Tulcea in Romania.

In March this year, the coastguard vessel KV Bjørnøya arrived at Vard Langsten in Tomrefjord.

KV Bjørnøya is the second vessel in the Jan Mayen class to take over for the Nordkapp class, which will be retired after more than 40 years.

During the next year, KV Bjørnøya will transfer from being a hull, to becoming a coastguard vessel.

KV Bjørnøya is planned to be delivered to the Norwegian Armed Forces in 2023, while KV Hopen is slated for delivery in 2024.