Sailors aboard USS George H.W. Bush (CVN 77) participated in a 5K ‘Run for Remembrance’ on the ship’s flight deck Aug. 26 in honor of fallen service members.

Race organizers felt compelled to host the event to honor the 30 service members who lost their lives in a CH-47 Chinook​ helicopter crash in Afghanistan on Aug. 6. The crew was equally inspired as shown by a registration line that stretched across the width of the flight deck.

“Someone asked me why I run,” said Agoras. “I run to honor the sacrifices of those before us have made, and to keep them in my thoughts always.”

Originally, Richardson wanted to promote a ship-wide work out session. However, after talking with Agoras and Scott A. Benning, the ship’s Fitness Boss, they decided to do a shipwide run.

Sailors took time out of their day to run the course on the ship’s flight deck that was outlined with cones, all bearing names of the service members who died in the helicopter crash.

“My mom knew the father of one of the victims,” said Navy Career Counselor 2nd Class Matthew A. Mitchell. “So it’s a little personal for me.”

Some Sailors ran against one another; some ran at their own pace; and some, like the chief selects, ran in formation.

“We’re out here to show our support for the junior Sailors, the command, and the fallen service members,” said Chief (Select) Aviation Maintenance Administrationman (AW) Dawn Collier. “It’s important for all the chief selects to be out here to lead from the front.”

In addition to remembering fallen service members, Richardson hoped to show support for those on the front lines every day.

“It’s a sacrifice we could all end up making one day,” said Richardson. “I’m proud to serve with each and every Sailor on this ship.” 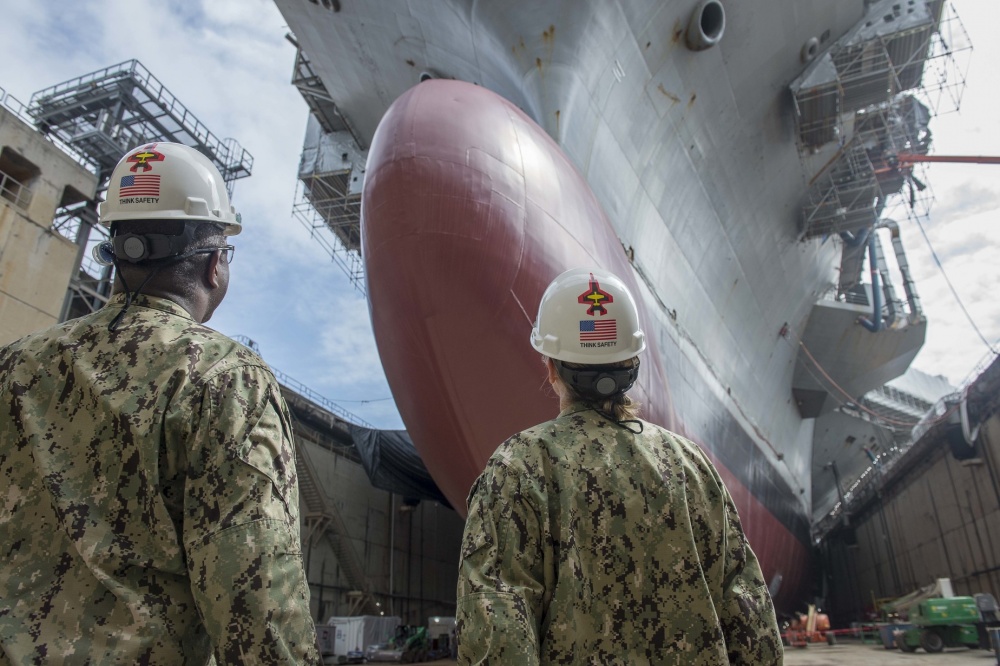