Engineers, designers, and shipbuilders were awarded the Russian Government Prize 2011 for creation of a new-generation warship – Project 20380 Stereguschiy-class corvette.

At the suggestion of the inter-agency council, the Government of the Russian Federation decreed to give prizes for scientific achievements to Andrei B. Fomichev, Director General of JSC Severnaya Verf Shipyard, and Alexander A. Uliashev, Deputy Chief Designer of the yard.

According to A. Fomichev addressing the solemn ceremony held on Feb 23, “this award indicates high confidence of Russian Government in shipbuilders of Severnaya Verf, it is a sort of the highest quality mark”. 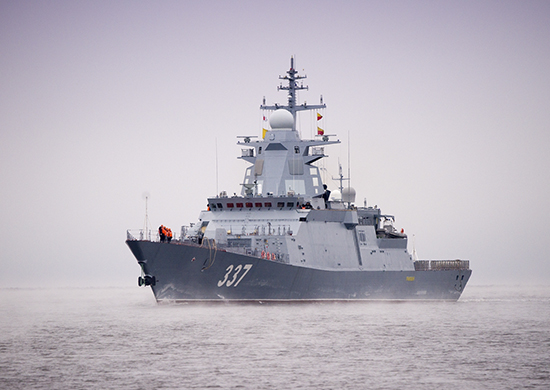