That was the first inspection visit of Viktor Chirkov to Caspian Flotilla since his appointment. At the working meeting, governor of Astrakhan region Alexander Zhilkin congratulated the Navy Commander on promotion to the admiral rank. Appropriate decree was signed by the Russian president on Aug 9, 2012.

Among other subjects, the parties discussed modernization of Caspian Flotilla. Viktor Chirkov said that the flotilla’s strength would be radically changed and reinforced soon. For one, Zelenodolsk Shipyard recently laid down keels for new corvettes armed with newest missile system Caliber-NK.

Alexander Zhilkin and Viktor Chirkov talked over activities to commemorate Astrakhan mariners died in the Word War II. Expecting the 70-th anniversary of the victorious Stalingrad Battle, veterans of Caspian Flotilla advanced the initiative to mount a WW2 warship on embankment in Astrakhan. In 1942 when sanguinary battles were in streets of Stalingrad and the enemy wanted to cross the Volga River, the town of Astrakhan was a large logistic base supplying frontline with fuel, ammunition, and foodstuffs. Under heavy fire sailors delivered all supplies to the fighting Red Army and evacuated wounded personnel. There is a monument to lost ships in Astrakhan at the Komsomolskaya Square. It is planned to make another memorial in the town, on the 70-th jubilee of the Stalingrad Battle; that will be a WW2 river-going ship.

Royal Navy’s improved Spearfish torpedo completes another round of trials in Scotland
Posted: 5 days ago
Arleigh Burke-class guided-missile destroyer sails away from Ingalls yard
Posted: 13 days ago
US Navy destroyer that was hit by coronavirus continues deployment
Posted: 3 months ago
Advertisement
Related news 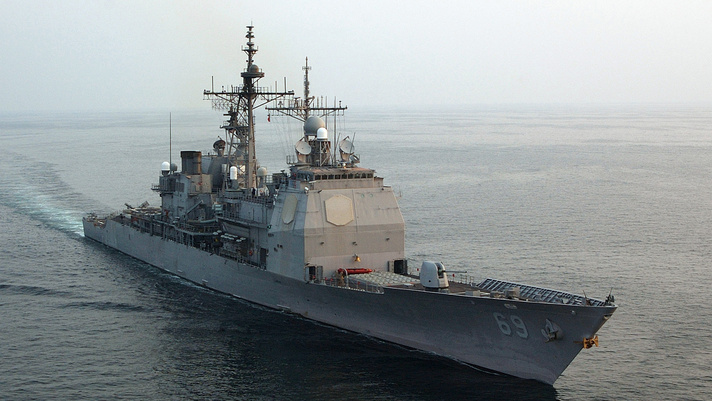