German naval shipyard Lürssen has started construction of the 15 patrol vessels for Saudi Arabia under the €1.5 billion (approx $1.63b) contract despite of talks about cancelling the deal amidst the Middle Eastern country’s public executions early January 2016.

German news-site Ostsee-Zeitung reported that the German Federal Ministry of Economics confirmed that the production phase of the probably biggest weapon-export contract in Germany had started.

Spiegel online said that the German Minister for Economic Affairs should have been more consistent in his actions as he was among the first to call for a cancellation of the contract. It further said that the vessel contract was perfect for sharper restrictions as the patrol vessels represented defensive weapon systems.

German politicians criticized the executions in Saudi Arabia sharply and proposed a ban on military exports to the country. A representative of Wolgast, the city in which the shipyard is located, argued in the German Council that the patrol vessel was essentially “not war technology in a traditional sense” but more of a policing instrument used to protect the state’s coastal region.

The Lürssen shipyard received the 15 vessel contract in the Summer of 2015 under which it is to deliver its TNC 35 and FPB 38 patrol boats. According to Lürssen, the 35 meter TNC 35 vessel is equipped with two diesel engines with a combined output of 7.800 kW and can reach a speed of 40 knots. The longer FPB 38 is, as its name suggests, 38 meters long and at a maximum speed of 31 knots a bit slower than the TNC 35. 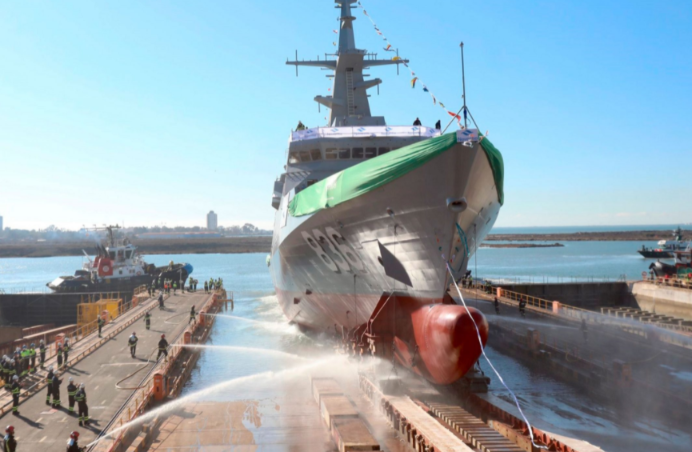