US Military Sealift Command hospital ship USNS Mercy (T-AH 19) made its first mission stop as part of Pacific Partnership 2018 on March 20 to offload medical supplies in the Federated States of Micronesia (FSM).

This is the first official engagement of Pacific Partnership 2018 (PP18), where the Mercy will be sailing near Ulithi Atoll,  which is part of the Caroline Islands, and using helicopters to deliver medical supplies to an advanced echelon team of PP 18 medical professionals embarked on USNS Brunswick, the secondary mission platform, which will conducting a mission in FSM.

“It’s truly a pleasure for our PP18 team to conduct this exercise and strengthen the partnership between our two countries,” said PP18’s mission commander, Capt. David Bretz. “This mission also holds a deeper meaning because of the strong historical ties the United States has had with Ulithi in the past.”

On March 19, 1945, Comfort-class hospital ship USS Mercy (AH 8) reported to the 5th Fleet at the Ulithi Atoll to assist the Okinawa campaign, during WWII. Throughout this campaign, USS Mercy made serval stops in Okinawa where they began embarking and treating patients despite the frequent air raids and kamikaze attacks. The Ulithi Atoll became one of the centralized points for the allies to treat patients and gather supplies for four months. For her service during WWII, the Mercy received two battle stars.

“It’s very special to be doing this in a place like the Ulithi Atoll, which has incredible historical significance for the Allies efforts in the Pacific Theater during World War II,” said Her Majesty’s Royal Navy Capt. Peter Olive, Deputy Mission Commander, Pacific Partnership 2018. “Joint efforts such as these are what Pacific Partnership is all about – multiple nations coming together to achieve a common goal and to share experiences.” 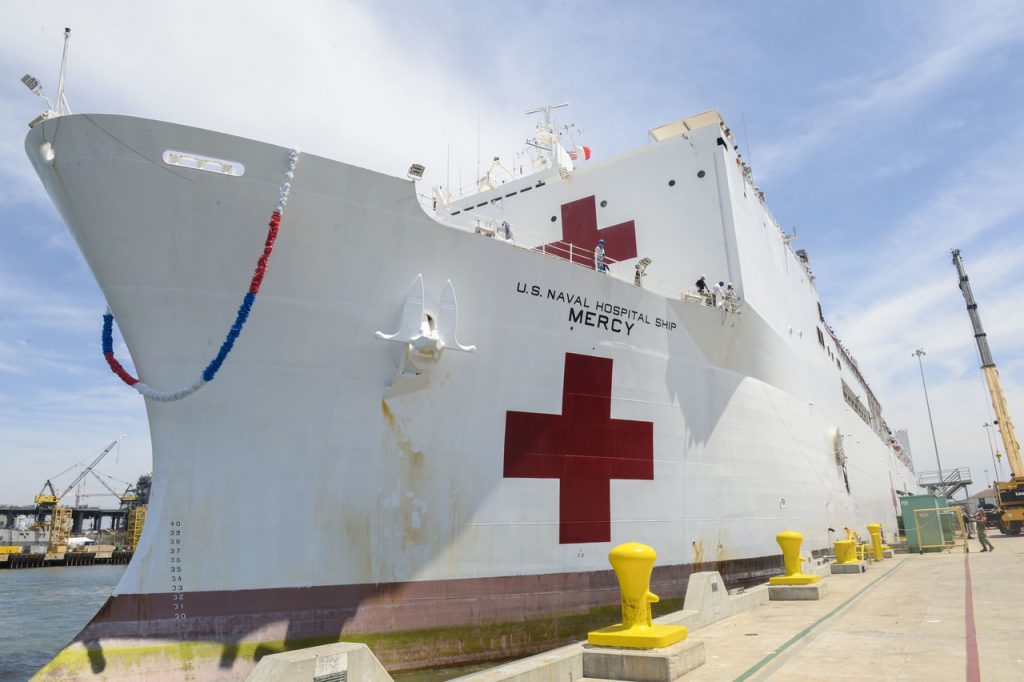