GDEB gets funding for one more Block V Virginia-class sub

General Dynamics Electric Boat (GDEB) has been awarded a $2.4 billion contract for the construction of a tenth US Navy Block V Virginia-class submarine with Virginia Payload Module.

Awarded by the US Naval Sea Systems Command (NAVSEA), the contract modification was unveiled on 19 March 2021.

Back in December 2019, GDEB received a major contract valued at $22.2 billion for the construction of nine new Virginia-class submarines.

Work will be performed in Newport News, Virginia; Quonset Point, Rhode Island; Sunnyvale, California; Groton, Connecticut; Annapolis, Maryland; Norfolk, Virginia; Tucson, Arizona; and Bethlehem, Pennsylvania, with other efforts performed at various sites throughout the U.S. and other areas outside of the U.S.

Work is expected to be complete by February 2030, according to NAVSEA.

Block V submarines will include the Virginia Payload Module (VPM), an added section of the ship containing four large-diameter payload tubes. Extending the hull by 84 feet, the VPM will boost the submarine’s strike capabilities.

Each large-diameter payload tube can store and launch up to seven Tomahawk cruise missiles. The VPM offers exceptional flexibility as well for the integration of future payload types, such as unmanned systems or next-generation weapons.

Virginia-class submarines displace 7,800 tons, with a hull length of 377 feet and a diameter of 34 feet. With VPM, the submarines will displace 10,200 tons and have a length of 460 feet. They are capable of speeds in excess of 25 knots and can dive to a depth greater than 800 feet, while carrying Mark 48 advanced capability torpedoes, Tomahawk land-attack missiles and unmanned underwater vehicles. 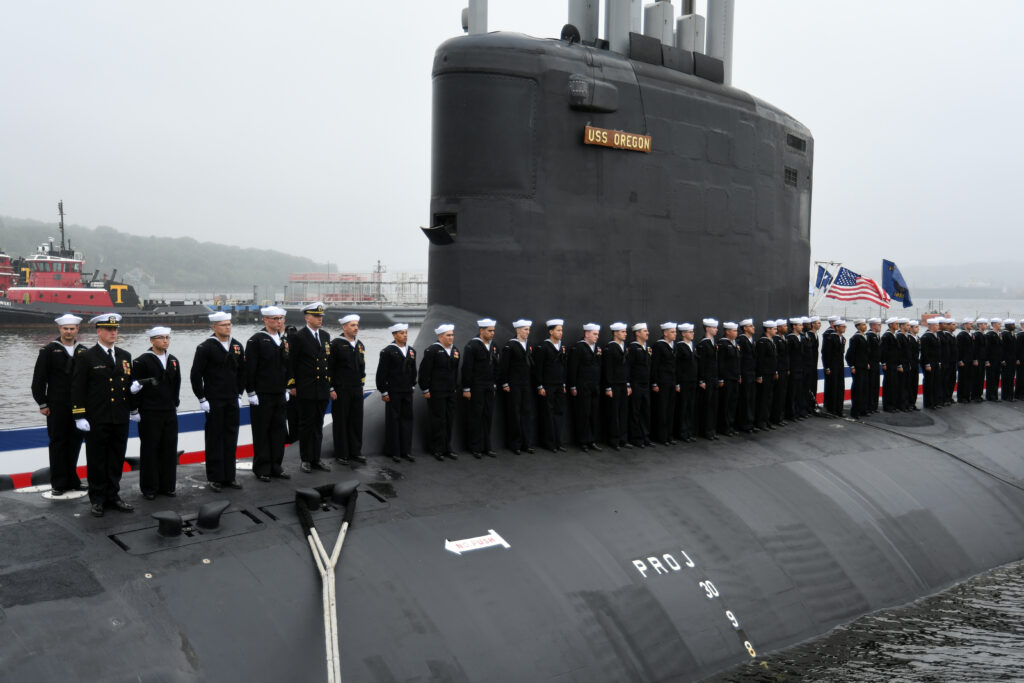