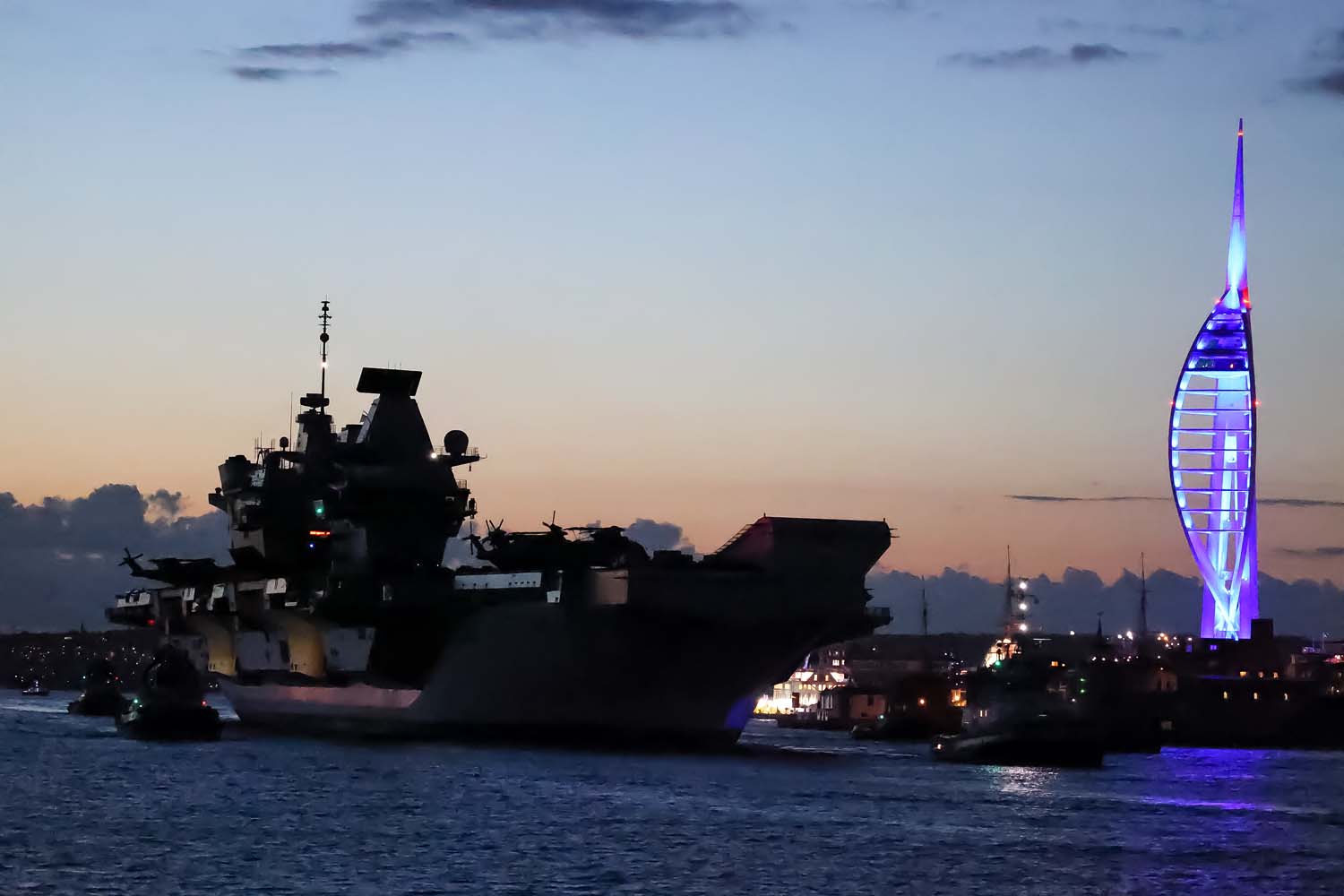 Royal Navy’s aircraft carrier and fleet flagship HMS Queen Elizabeth has sailed from Portsmouth for her maiden operational deployment at the heart of the UK’s Carrier Strike Group after a farewell visit from Her Majesty The Queen.

The 65,000-tonne aircraft carrier recently completed demanding training to make sure her and the ships that will accompany her on her world mission are ready for any eventuality.

Following the exercises off the Scottish coastline, the ships of the Carrier Strike Group dispersed briefly before sailing for their deployment, which will take them to Japan and back over the next seven-and-a-half-months.

HMS Queen Elizabeth returned to Portsmouth, after sailing with sister ship HMS Prince of Wales off the UK coastline, but left late on 22 May for her mission after a royal visit.

The UK’s Carrier Strike Group will visit more than one fifth of the world’s nations.

Led by HMS Queen Elizabeth, the task group will visit 40 nations including India, Japan, Republic of Korea and Singapore in a deployment covering 26,000 nautical miles.

The group will also join up and take part in exercises with French carrier FS Charles De Gaulle in the Mediterranean as well as navies and aircraft from allies such as the US, Canada, Denmark, Greece, Israel, Italy, Japan and the UAE.

While in the Pacific, ships from the Carrier Strike Group will mark the 50th anniversary of the Five Powers Defence Arrangements between Malaysia, Singapore, Australia, New Zealand and the UK by taking part in Exercise Bersama Lima.

Royal Marines from 42 Commando will also deploy with the carrier.