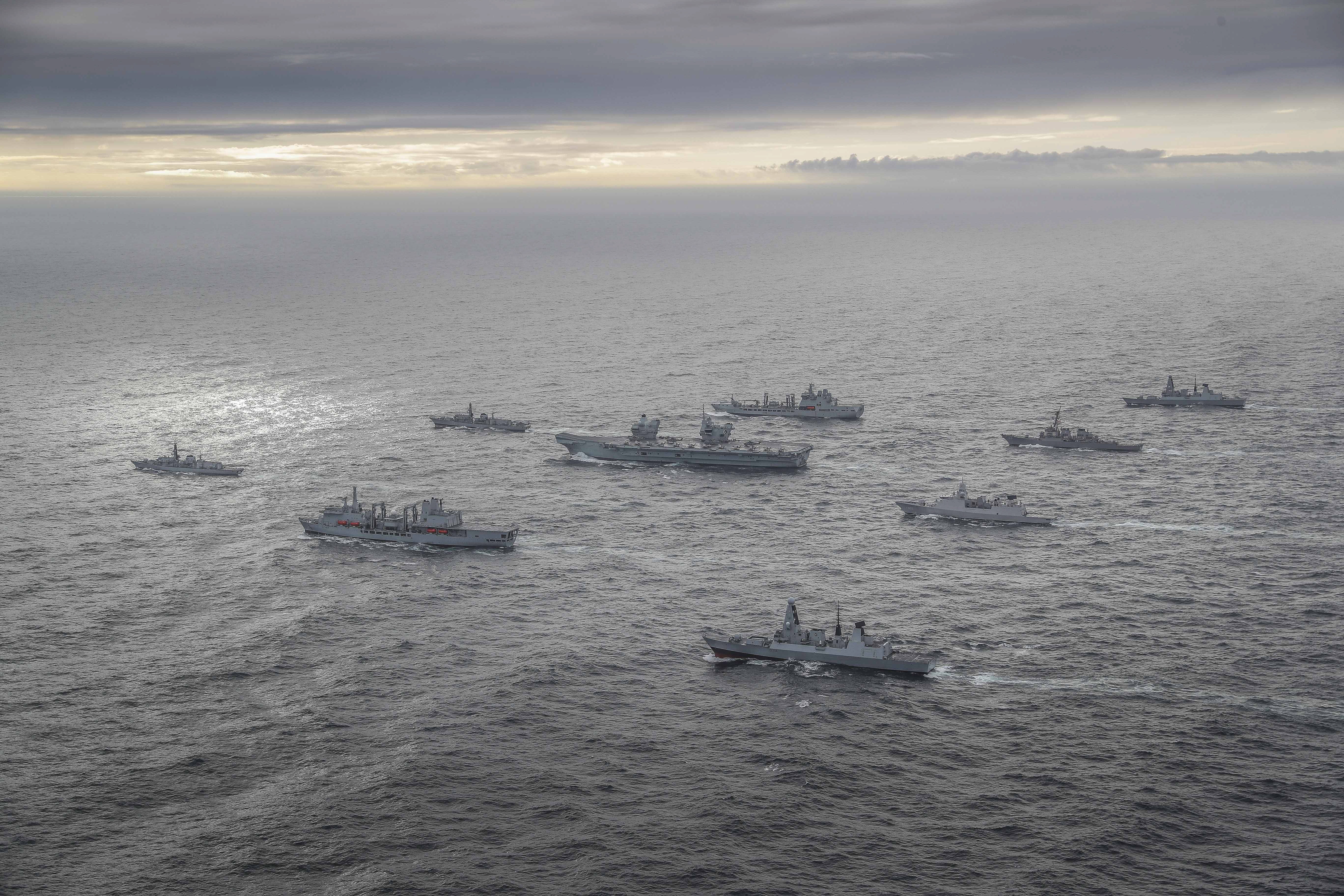 The UK’s Carrier Strike Group led by HMS Queen Elizabeth will visit more than one fifth of the world’s nations when it sails next month.

The Royal Navy task group will visit 40 nations including India, Japan, the Republic of Korea, and Singapore in a deployment covering 26,000 nautical miles.

The group will also join up and take part in exercises with French carrier FS Charles De Gaulle in the Mediterranean as well as navies and aircraft from allies such as the US, Canada, Denmark, Greece, Israel, Italy, Japan and the UAE.

While in the Pacific, ships from the Carrier Strike Group will mark the 50th anniversary of the Five Powers Defence Agreement between Malaysia, Singapore, Australia, New Zealand and the UK by taking part in Exercise Bersama Lima.

Royal Marines from 42 Commando will also deploy with the carrier.

The forthcoming deployment is intended to bolster already deep defence partnerships in the Pacific region, where the UK is committed to a more enduring regional defence and security presence.

Events in Singapore, the Republic of Korea, Japan and India will provide the opportunity to strengthen security relationships, tighten political ties and support UK exports and the nation’s International Trade agenda.

“CSG21 is significant as the first operational deployment of a Queen Elizabeth-class carrier but, at the strategic level, it symbolises so much more,” Commodore Steve Moorhouse, Commander UK Carrier Strike Group, said.

“The most significant deployment of its kind for a quarter of a century, it is a visible demonstration of the Royal Navy’s resurgence after decades of contraction.”

The Carrier Strike Group will participate in NATO exercises such as Exercise Steadfast Defender, and provide support to NATO Operation Sea Guardian and security operations in the Black Sea.

In total, units from the group visit more than 40 countries and undertake in excess of 70 engagements, visits, air exercises and operations.