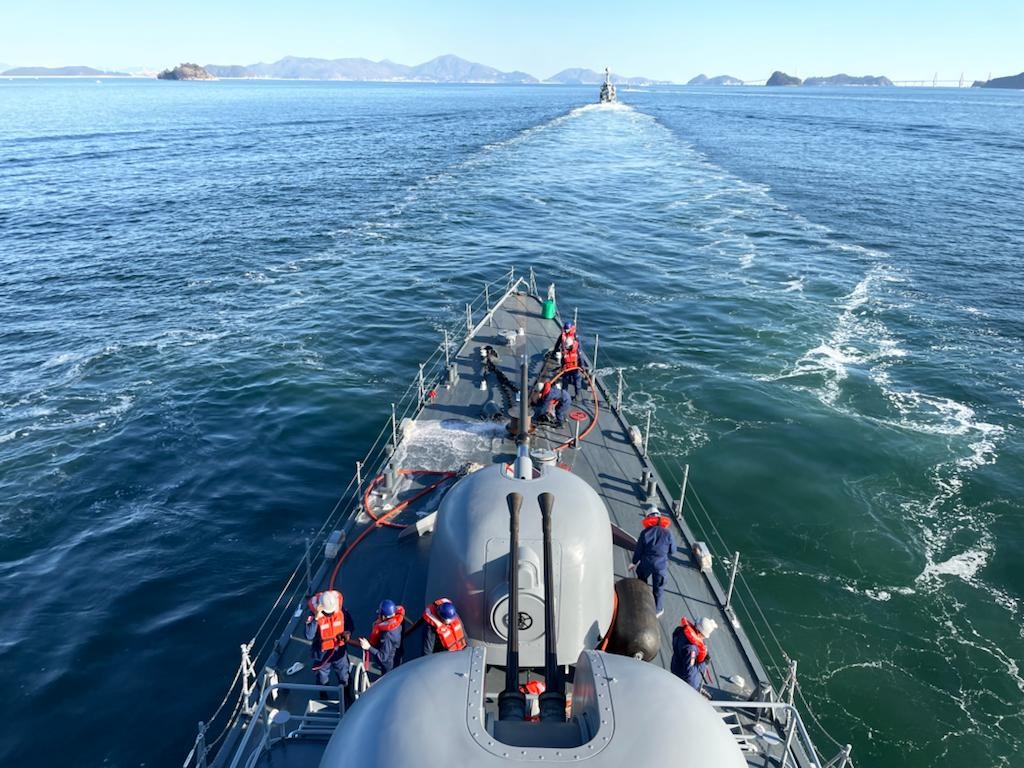 On 26 November, the Peruvian Navy took delivery of its new Pohang-class corvette BAP Guise from the Republic of Korea Navy (ROK Navy).

As disclosed, the delivery of the vessel, formerly known as ROKS Suncheon (PCC-767), was held at the naval base in Jinhae. It is the fifth ship in the Peruvian Navy’s history to be named after Admiral Martín Jorge Guise, the founder and first commander of the navy.

The unit was officially launched in April 1987 by Hanjin Heavy Industries in Busan. It was commissioned on 30 September 1988 and decommissioned on 24 December 2019.

Before it was handed over to the Peruvian Navy, BAP Guise underwent extensive upgrading of the hull, including mechanical, and electric repairs. Following the delivery, the ship began its journey towards the Port of Callao. At the same time, it carried out training and maneuver drills in the sea with the ROK Navy’s Pohang-class corvette ROKS Daecheon.

The Pohang-class is a series of corvettes built by different South Korean shipbuilding firms. The class consists of 24 ships and some after decommissioning were sold or given to other countries.

South Korea has also donated Pohang-class corvettes to Egypt, Vietnam and the Philippines as it replaces the vessel class with newer and more capable frigates.

According to the weapons installed onboard, they are divided into anti-surface warfare (ASUW) and anti-submarine warfare (ASW) variants. The lead ship in the class, Pohang (PCC-756), was delivered to the South Korean Navy in 1984. The roles of Pohang-class corvettes are being taken over by Incheon-class frigates.