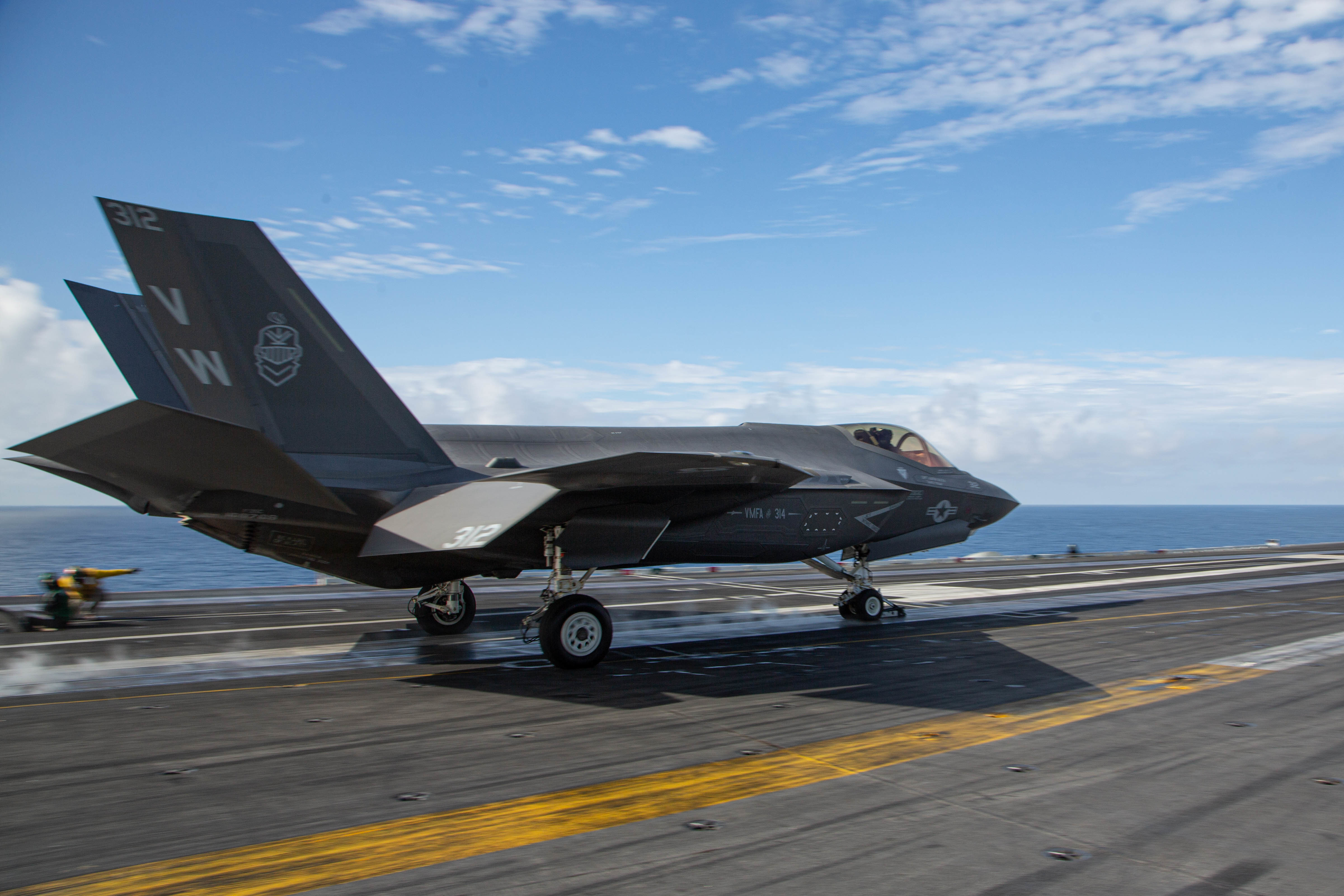 Marine Fighter Attack Squadron (VMFA) 314 of 3rd Marine Aircraft Wing (MAW) has marked a key milestone for Marine Corps history as they departed San Diego Bay with Carrier Air Wing Nine aboard the USS Abraham Lincoln (CVN-72) as the first Marine squadron to deploy the F-35C on an aircraft carrier.

“The upcoming deployment represents years of hard work and innovation by the Marines and Sailors of VMFA-314, MAG-11, and 3rd MAW. It also reinforces our commitment to fielding the most lethal and ready Navy-Marine Corps force as we project warfighting capabilities throughout the Indo-Pacific region, or globally wherever our nation calls.”

The Marine Corps possessing the capability to deploy the F-35C is significant as the F-35C was designed and built specifically for aircraft carrier operations and brings with it the ability to enhance the inherent battlespace awareness of all naval aircraft it operates alongside.

Deploying this asset in a contested maritime region provides the Marine Corps a flexible, mobile force that provides security to the United States and allied nations abroad, contributes to regional stability and expands the U.S. military advantage at sea, according to the navy.

3rd MAW has recently demonstrated the F-35’s strike capabilities by utilizing its F-35 squadrons in long-range aerial strike exercises. During Exercise Summer Fury 21, a 3rd MAW squadron flew the F-35 from Miramar to Washington State, a distance of more than one thousand miles, to deliver long-range precision fires on a designated target.

“Our ability to operate the F-35C in the Pacific greatly increases the Marine Corps’ naval expeditionary force capabilities by providing us the capacity to employ the most advanced electronic warfare capabilities on any aircraft today in support of fleet operations,” Lt. Col. Brendan M. Walsh, VMFA-314 commanding officer, said.

“In addition, having this asset available greatly increases the Marine Corps’ ability to provide security to our allied nations and preserve a free and open Indo-Pacific.”

This deployment comes as a culminating effort as VMFA-314 completed its workups last year with Carrier Air Wing Nine on board the USS Abraham Lincoln, concluding with VMFA-314 completing their final integrated training cycle along other elements of Carrier Strike Group Three in December as the Marine Corps continues to develop its 5th Generation strike fighter capabilities.

VMFA-314 was the first Marine Corps squadron to transition to the F-35C variant of the joint strike fighter after retiring its legacy F/A-18A/C aircraft and receiving its first F-35C on 21 January 2020. Now as the Marine Corps continues to develop as a modernized naval force, deploying squadrons, such as VMFA-314, to key strategic maritime locations enables the Marine Corps the capability to deter adversarial aggression, and, if required, decisively win in conflict.