UK’s support ship back in action after major refit

Royal Navy’s RFA Cardigan Bay has completed a significant mid-life refit at A&P Falmouth and returned to deployment having departed on 4 February, the company revealed.

The vessel underwent a substantial docking period at the start of the refit, which was carried out over 90 days and included painting, hull access, stern/side ramp removal, and significant work to the propulsion system. The remainder of the period was spent alongside the A&P Falmouth facility.

RFA Cardigan Bay is an amphibious ship designed to carry and offload troops and their equipment – up to 400 people, plus 150 trucks or 24 tanks at once.

The vessel acts as a command ship and hub for the UK’s four Bahrain-based minehunters, but also serves as a floating base for specialist dive teams and experts testing automated mine warfare systems, helicopters moving personnel and supplies around the region, and as a ‘petrol station’ and supermarket for the minehunters.

An adaptation of the Dutch Rotterdam class, the Bay-class replaced the ageing Sir-class of RFA ships. However, the Bay-class are larger, more capable, more flexible and have over twice the capacity of their predecessors, according to the Royal Navy.

Its ability to hold enough fuel to fill up multiple ships at a time, as well as approximately 200 tonnes of provisions means that minehunters – which typically have a fairly limited range and endurance due to their size – can remain on operations for extended periods.

RFA Cardigan Bay’s refit was the second of three planned refits being delivered at A&P Falmouth for the Bay-class vessels. RFA Mounts Bay refit period was completed in October 2020 and RFA Lyme Bay’s refit is being scheduled for 2022. 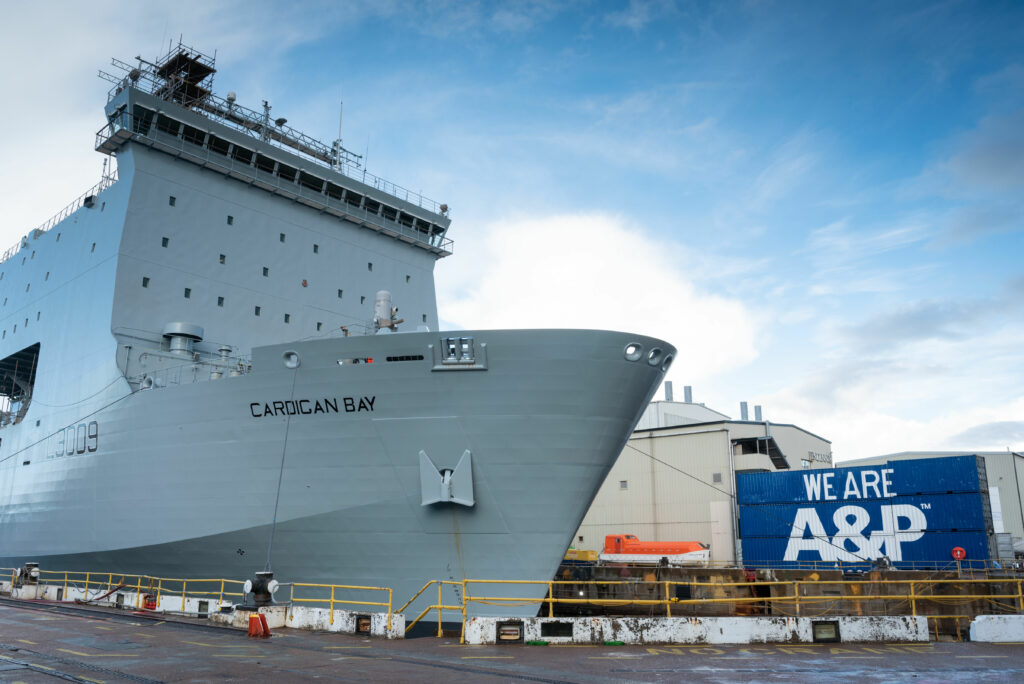