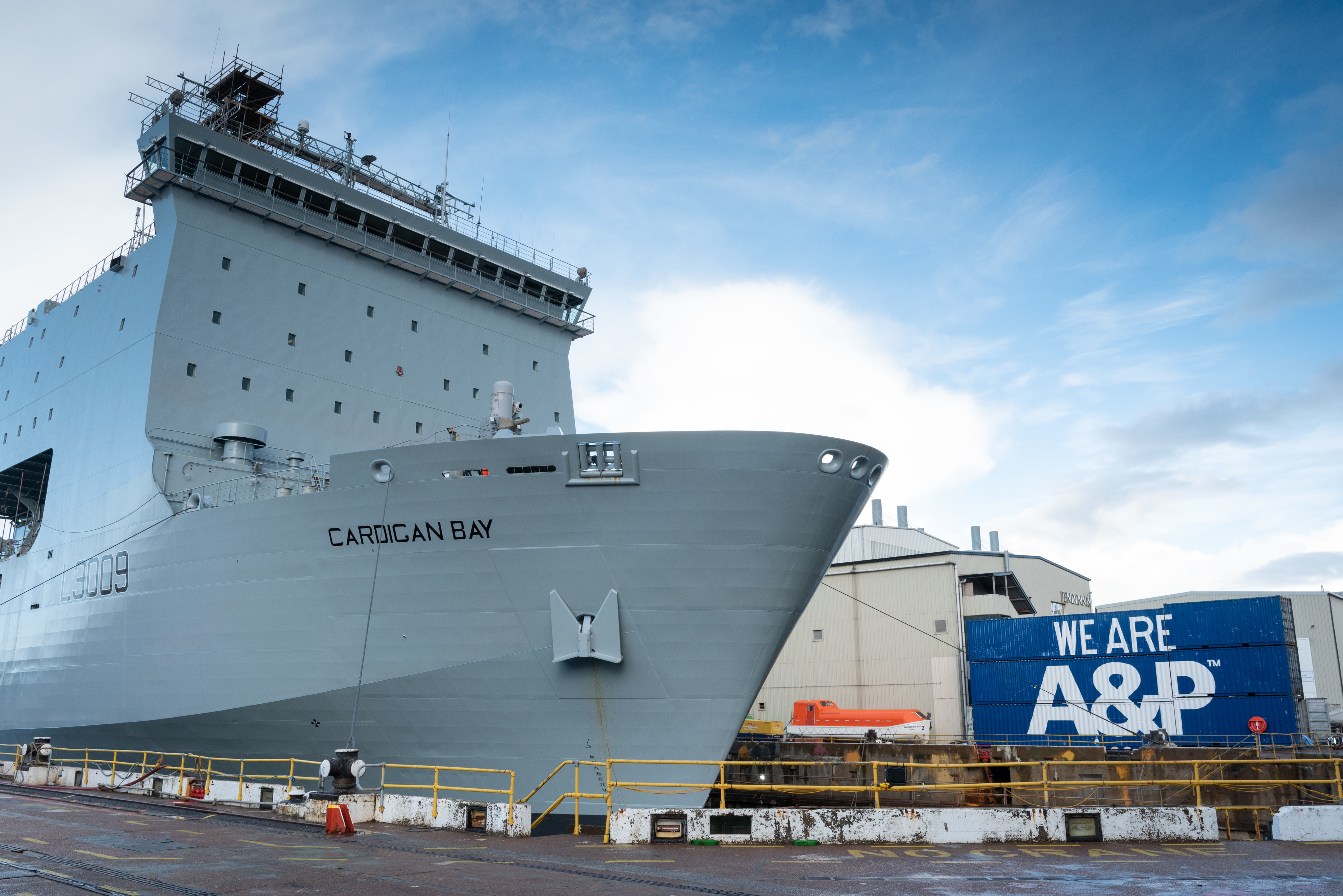 A&P Group UK and A&P Australia have simultaneously carried out the refits of two Bay-class vessels; RFA Cardigan Bay in the UK and HMAS Choules in Australia.

RFA Cardigan Bay has recently completed its refit at A&P Falmouth and resumed the ‘Fleet Time’ schedule, while HMAS Choules continues a significant refit period at A&P Australia’s facility in Sydney, according to the company.

The Bay-class are amphibious landing ships built for the British Royal Fleet Auxiliary (RFA) during the 2000s. UK-based A&P Group supports RFA Cardigan Bay, RFA Lyme’s Bay and RFA Mounts Bay as part of its through life support (TLS) contract with the Ministry of Defence.

The vessel underwent a substantial docking period at the start of the refit carried out over 90 days including painting, hull access, stern/side ramp removal and significant work to the propulsion system. The remainder of the period was spent alongside A&P’s Falmouth facility and ensured the continued performance and availability of this RFA Bay Class vessel.

RFA Cardigan Bay’s refit was the second of three planned refits being delivered at A&P Falmouth for the Bay Class vessels with RFA Mounts Bay completed prior and RFA Lyme Bay scheduled for 2022.

Since 2019, A&P Australia has been tasked as the principal systems integrator for the HMAS Choules Capability Assurance Project (CAP). The project involves the design and installation of over 80 engineering changes across 44 capability enhancement areas to assure the capability and supportability of HMAS Choules until its planned withdrawal date early next decade.

“The CAP has been integrated with sustainment and has been delivered progressively through a number of maintenance periods, however, this current refit is the major upgrade window and is acting as a mid-life upgrade for the platform,” the company stated.

Refit Period 21 is spanning over 300 days at an estimated production cost of $90 million.

David McGinley, Chief Executive Officer of Cammell Laird Shiprepairers and Shipbuilders Ltd, Atlantic & Peninsula Marine Services, said: “A&P Group and A&P Australia are proud of their continued support of the LSD (A) Bay Class of vessels on behalf of the Royal Fleet Auxiliary and the Royal Australian Navy.”

“Our relationship is built on a long-standing relationship with the MoD and the Royal Australian Navy, which sees us provide global maintenance support to these vessels.” 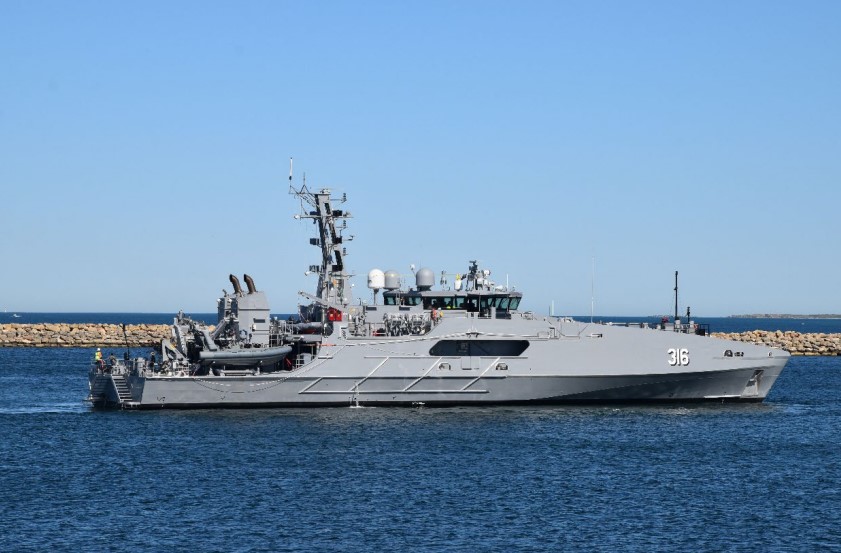