The US Navy has revealed its plans to decommission 24 ships to save $3.6 billion to boost its future fleet.

The announcement came as part of the Department of Defense’s (DoD) Fiscal Year 2023 budget proposal.

On 28 March, the Biden-Harris Administration submitted to Congress a proposed fiscal year 2023 budget request of $813.3 billion for national defense, $773 billion of which is for the DoD. This marks a $30.7 billion (or 4.1%) increase compared to planned spending for the fiscal year 2022.

According to the statement, the FY23 budget allows DoD to develop, procure, and modernize capabilities to ensure combat-credible forces across all domains “to address the pacing challenge from the People’s Republic of China and to address acute threats from Russia”.

Within the surface ship portfolio, the Ford-class carrier program also requests $2.5 billion in funding for CVN-80 and 81. The navy also made a request for two additional ship-to-shore connectors, as well as the funds for Harry S. Truman’s complex refueling overhaul estimated at $618 million.

Other significant Navy investments in weapons and platforms include increases to hypersonic weapons through conventional prompt strike and standard missile, both strike fighter variants and several classified programs, according to the statement.

The document also reveals the navy’s plans to retire 24 naval vessels. The total value of the reinvestment opportunity is $3.6 billion across the fiscal year budget plan, according to US Navy deputy assistant secretary for budget Rear Adm. John Gumbleton.

However, the navy would require a waiver through Congress for 16 units, because they have not reached their end-of-service date.

Explaining the Freedom-variant LCS decommissioning, Gumbleton commented: “And as we look across LCS, this is a place where we have identified that there are real costs, especially at the — for the freedom class to be able to make some of the repairs that are needed on those as we measure that against what is the best contribution to the capabilities that we need.”

He also noted: “This is about opportunity cost. ASW mission, that went away. Roughly $50 million a year support cost for these vessels and an opportunity to reinvest $1.8 billion when this ASW mission sets going to be taken up by the frigate of which we’re buying the fourth of the line in this budget request. So it — it speaks to a return on investment to get at the lethality we need for our near peer competitor.”

In the end, it was emphasized that the military programs have driven program reforms and retired vulnerable systems and programs that no longer meet mission needs to allow DoD to realign spending towards supporting future fleet.

To remind, the US Navy’s inaugural littoral combat ship (LCS) USS Freedom was decommissioned at a ceremony held in September last year after 13 years of service. 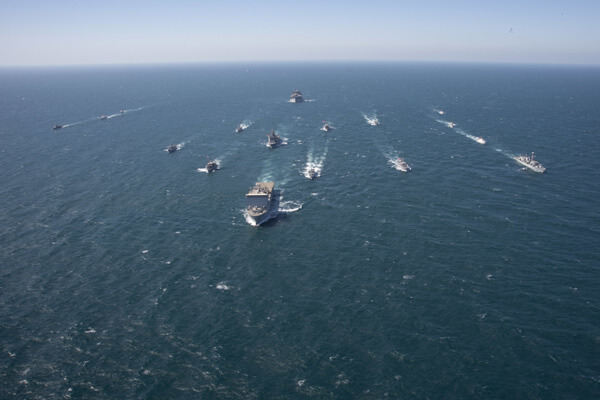 US Navy orders third Constellation-class frigate from Fincantieri
Posted: 10 days ago
Austal USA floats out US Navy’s LCS USS Augusta
Posted: about 1 month ago
Ukraine to receive 18 patrol boats from US as part of $450M military aid package
Posted: 3 days ago
Related news