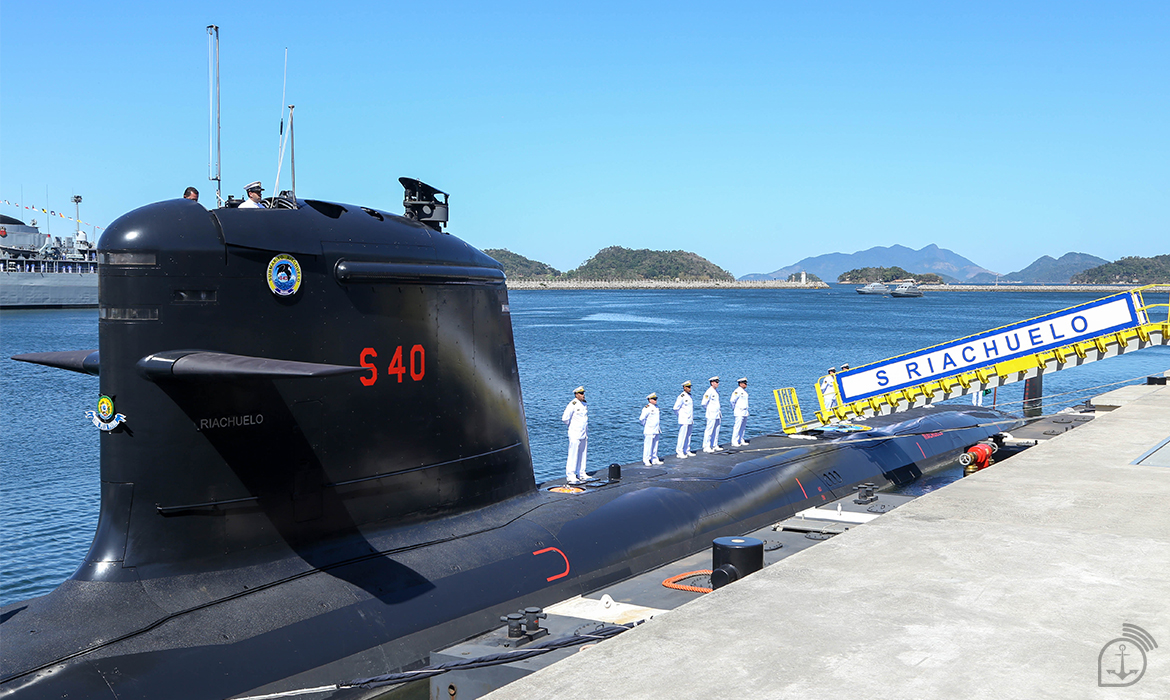 On 1 September, the first of the four Scorpene submarines of the ProSub program was commissioned by the Brazilian Navy.

In 2009, within the framework of the French-Brazilian strategic defence cooperation agreement, the Brazilian Navy chose Naval Group for its Programa de desenvolvimento de Submarinos, the ProSub program.

The submarine Riachuelo has been built entirely in Brazil by Itaguaí Construções Navais (ICN) thanks to a Transfer of Technology program from French shipbuilder Naval Group. The ceremony took place at the Itaguaí Naval base.

Launched in December 2018, Riachuelo completed its sea trials and has now been delivered and entered into service within the Brazilian Navy.

Brazil decided to reinforce its submarine force with four new conventional submarines (SSK) and the development of an indigenous nuclear-powered submarine (SSN).

Scorpène-class submarines are a 2000-ton conventional vessels designed by Naval Group for all types of missions, such as anti-surface warfare, anti-submarine warfare, long-range strikes, special operations or intelligence gathering.

They are manufactured and assembled in the shipyard built in Itaguaí by Itaguaí Construções Navais (ICN), the group’s joint venture with Novonor.

Humaitá, the second submarine of the series launched in December 2020, will start its trials in September 2022.