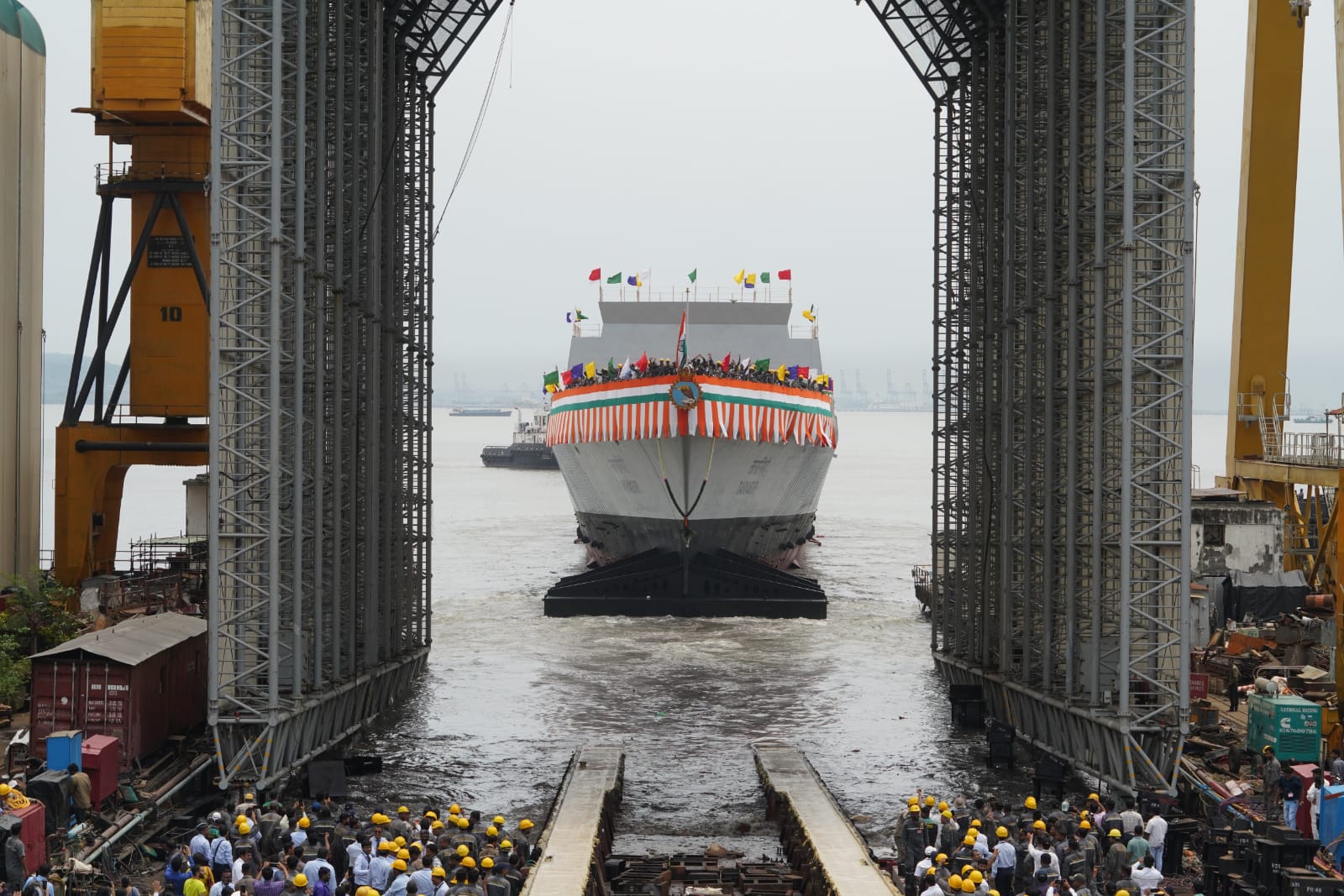 Taragiri, a Project 17A Frigate was launched at Mazagon Dock Shipbuilders Limited (MDL) in Mumbai on 11 September.

Taragiri, named after a hill range in Himalayas located at Garhwal, is the fifth ship of Project 17A frigates. These ships are an advanced version of the P17 frigates (Shivalik-class) with improved stealth features, weapons and sensors and platform management systems.

The first Taragiri was a Leander-class ASW frigate, which saw numerous challenging operations in service to the nation spanning over three decades from 16 May 1980 to 27 June 2013.

Under the P17A program, a total of seven ships, with four at MDL and three at GRSE are under construction.

P17A ships have been designed in-house by Indian Navy’s Warship Design Bureau. 75% of the orders for equipment & system of Project 17A ships are being placed on indigenous firms including MSMEs.

The third ship of the class, Udaygiri, was launched in May this year, together with Surat, a Project 15B destroyer (Visakhapatnam-class). 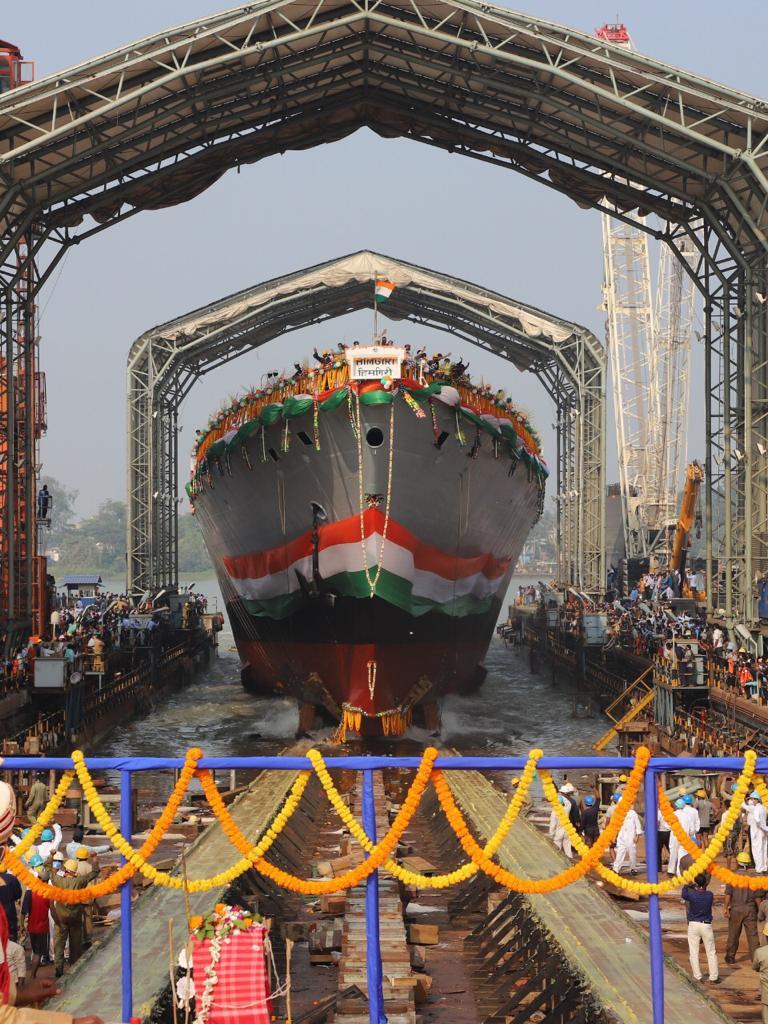 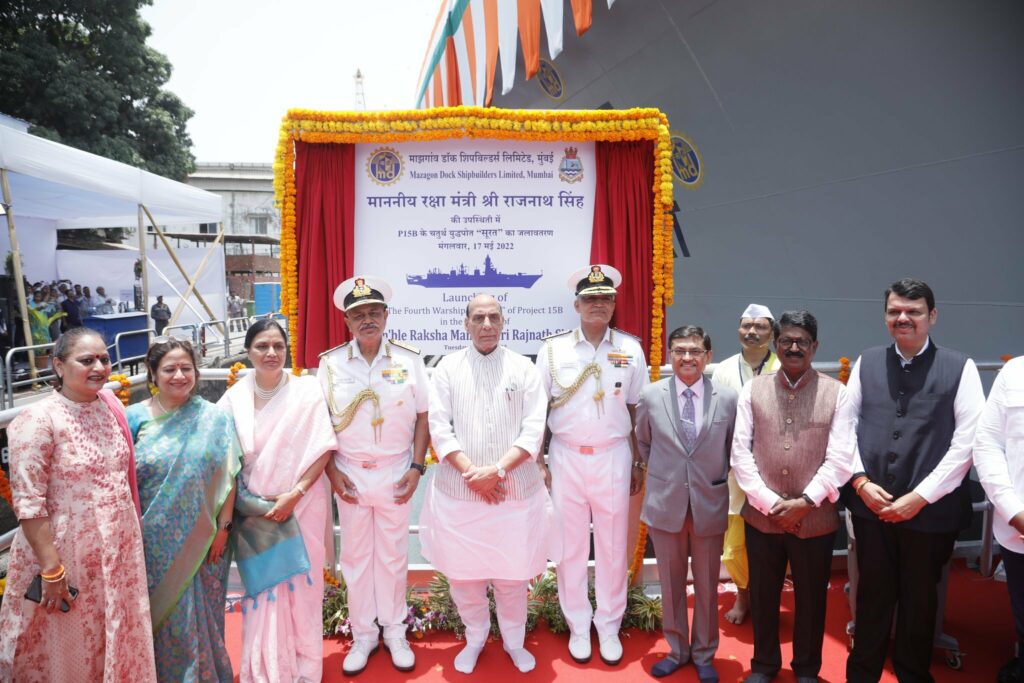