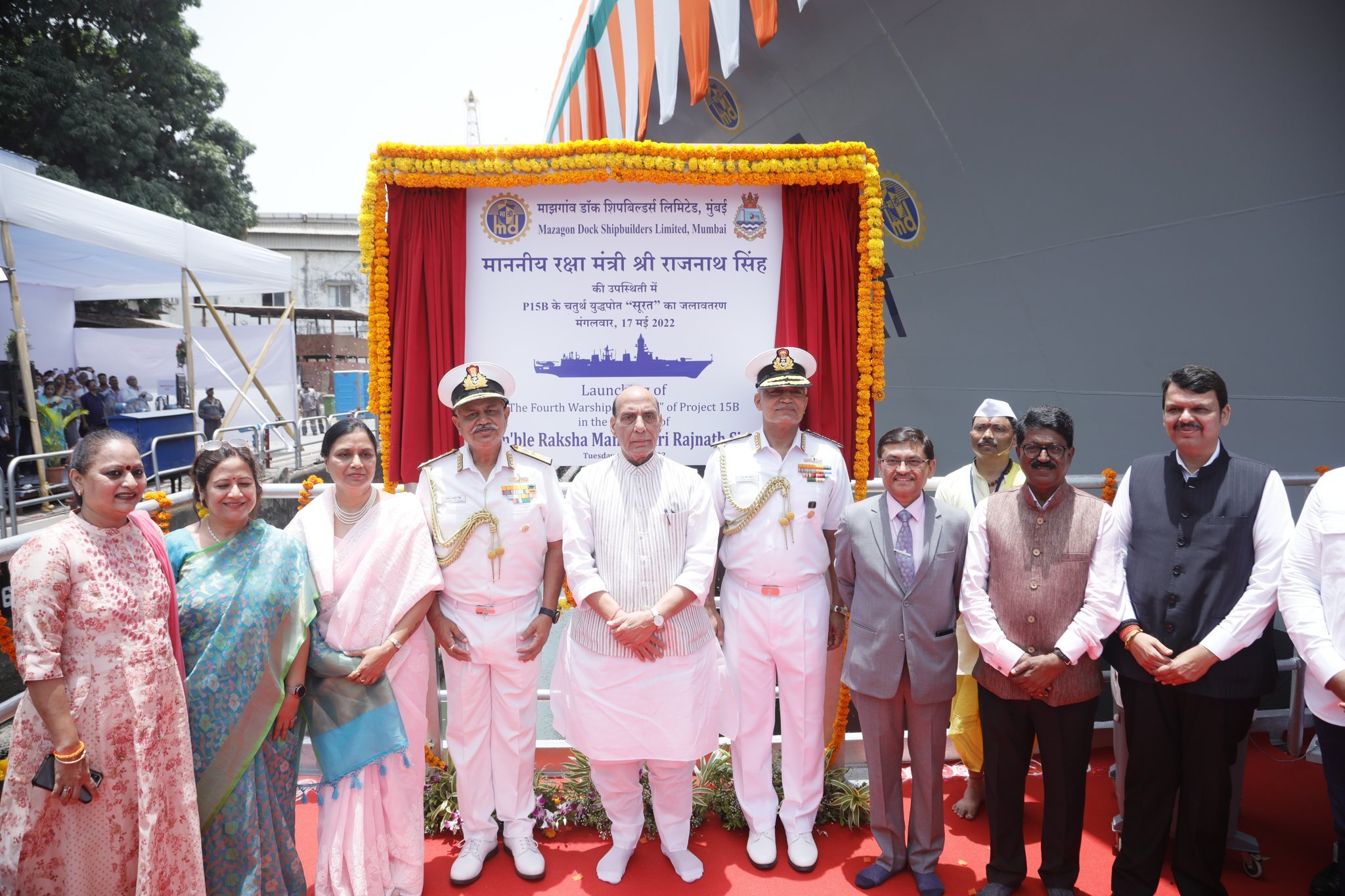 The Indian Navy has launched two frontline warships, Surat, a Project 15B destroyer (Visakhapatnam-class), and Udaygiri, a Project 17A frigate (Nilgiri-class) at a ceremony held at Mazgaon Docks Limited, Mumbai.

The Project 15B class of ships are the next-generation stealth guided-missile destroyers of the Indian Navy being built at the Mazgaon Docks Mumbai. Surat is the fourth ship of Project 15B destroyers named after the commercial capital of the state of Gujarat.

Surat city has a rich maritime and ship building history and vessels built at the city in the 16th and 18th centuries were known for their longevity (of more than 100 years), according to the navy.

The ship Surat has been built using the block construction methodology which involved hull construction at two different geographical locations and has been joined together at MDL, Mumbai.

The first ship of this class was commissioned in 2021. The second and third ships have been launched and are at different stages of outfitting/ trials.

Project 15B destroyers are an improved version of the Indian Navy’s Kolkata-class destroyers (Project 15A). They incorporate improved stealth characteristics including enhanced weaponry and sensors along with the long-range Barak 8 surface-to-air missile.

The Project 17A frigate Udaygiri, named after a mountain range in the state of Andhra Pradesh, is the third ship of this class. These are follow on of the P17 frigates (Shivalik-class) with improved stealth features, advanced weapons and sensors and platform management systems.

Udaygiri is named after the first navy’s Udaygiri, the Leander-class ASW frigate, which saw numerous challenging operations over three decades.

Under the P17A program, a total of seven ships, with four ships being built at MDL and three at local shipyard Garden Reach Shipbuilders and Engineers (GRSE).

The navy revealed that various novel concepts and technologies like integrated construction, mega block outsourcing, and project data management/project lifecycle management (PDM/PLM) have been adopted for the first time in this project. The first two ships of the P17A Project were launched in 2019 and 2020 at MDL and GRSE respectively.  The keel-laying ceremony for the third ship took place last March.

Both 15B and P17A ships have been designed in-house by the Directorate of Naval Design (DND). 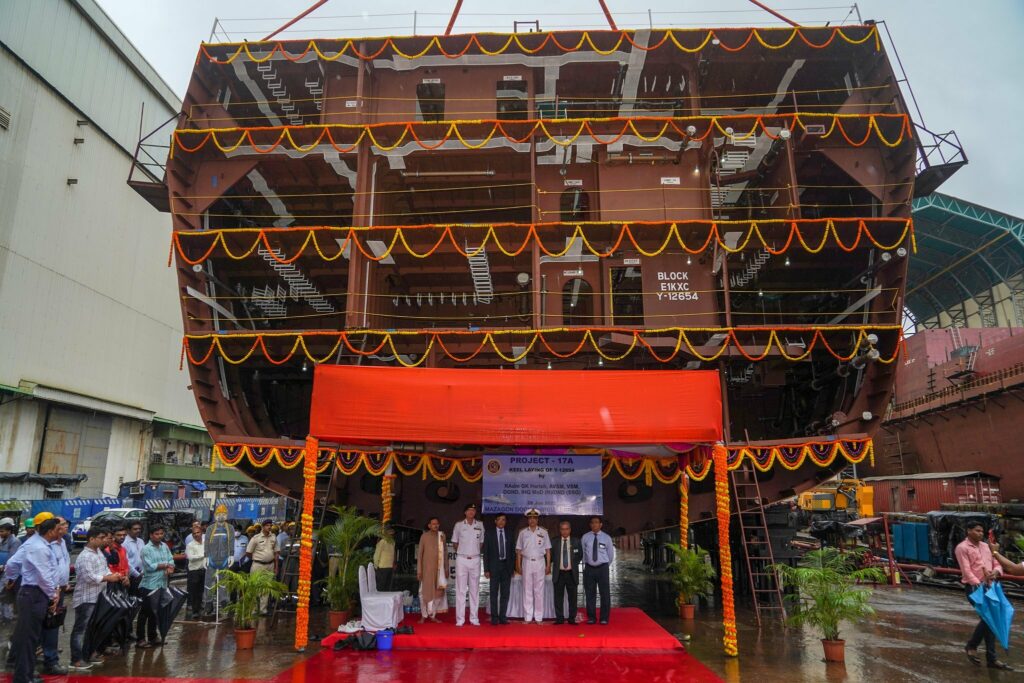