As disclosed, the commissioning ceremony took place at the company’s yard in St. Petersburg on 16 November.

Ufa is the fourth submarine of the series for the Pacific Fleet, laid down in November 2019. The vessel was launched in May this year.

The company continues the construction of the fifth and sixth submarines of the series, Mozhaisk and Yakutsk, respectively. The submarines were laid down in pairs in August 2021 with the participation of Russian President Vladimir Putin.

Currently, the shipyard workers are carrying out outfitting work at the submarine Mozhaisk. The launching of the ship is scheduled for spring 2023. On the Yakutsk submarine, hydraulic tests of all ship block modules have been completed, and now, specialists are carrying out electrical plumbing work and hull insulation.

Admiralty Shipyards signed a contract for six Project 636.3 submarines for the Pacific Fleet in September 2016. The fifth vessel in the class, the diesel-electric submarine Magadan, was commissioned last October. 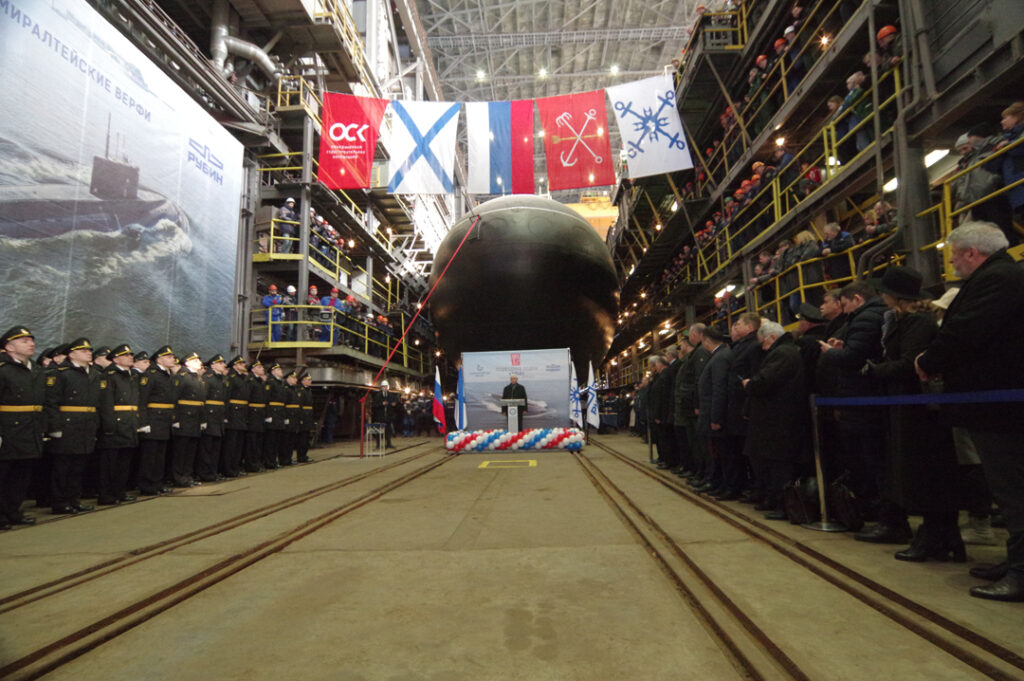