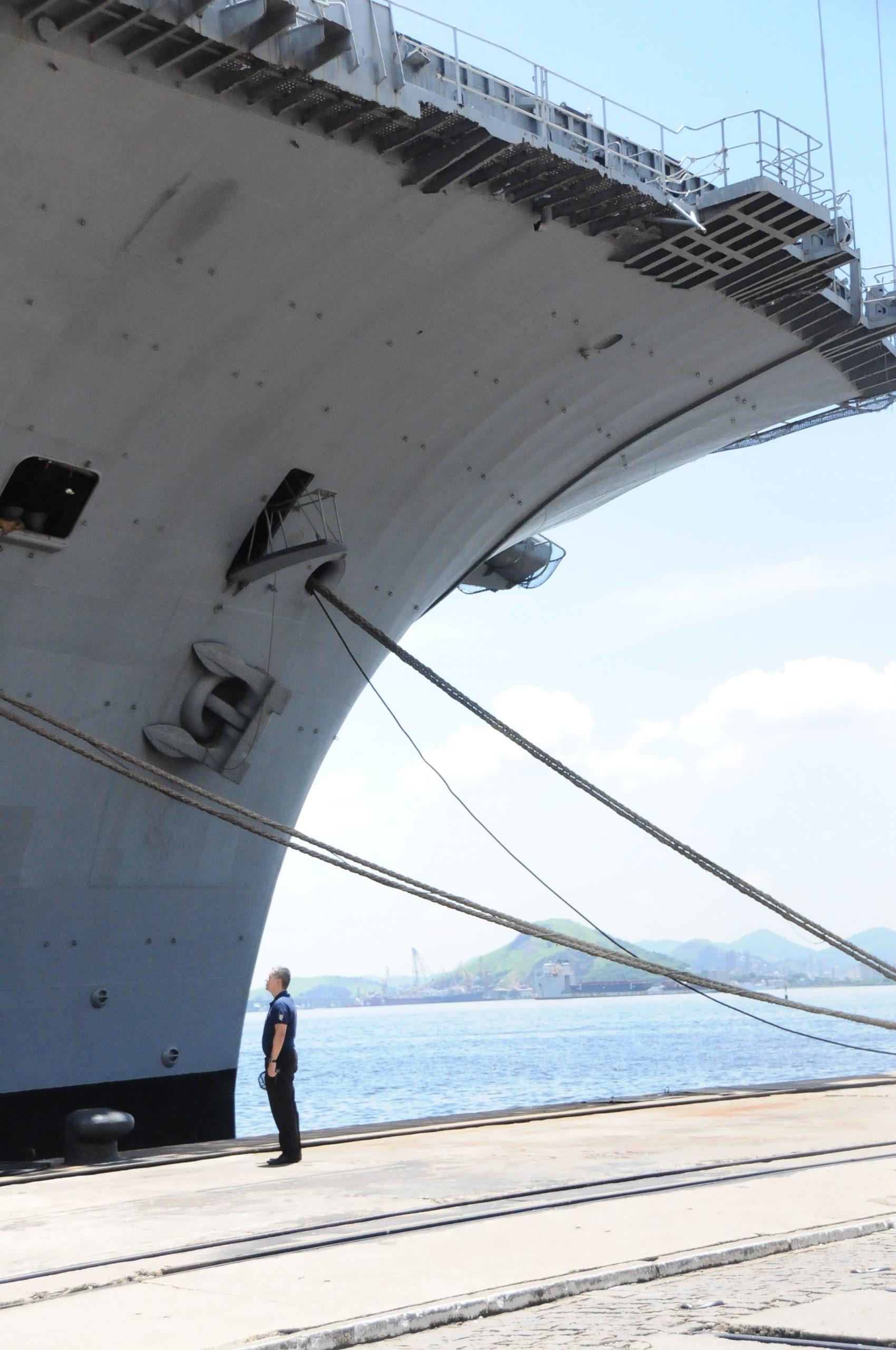 The Brazilian Navy is assuming control of the decommissioned Clemenceau-class aircraft carrier Sao Paulo (A12) after the auction led by local authorities was suspended again.

The auction, which was supposed to decide the future of the ship containing large quantities of hazardous substances, originally started in December last year but was postponed due to the COVID-19 pandemic and finally suspended. The cause of the most recent suspension was not disclosed.

“It is still unclear why Brazil decided to halt the process. We are investigating the matter,” Nicola Mulinaris, Communication and Policy Officer at NGO Shipbreaking Platform, told Naval Today.

Commissioned back in 1963 by the French Navy as Foch, the aircraft carrier was acquired by the Brazilian Navy in 2000 and became its new flagship. After numerous serviceability issues, it was officially disabled in January 2017.

Given that France was the original owner of the ship, the contractual clause in the sale of the Foch gives France the last say on where the aircraft carrier can be dismantled. Therefore, ship recycling yards allowed to participate in the bidding had to be approved by the French authorities.

During the summer, France sent an official response to Brazil, indicating that only yards included in the EU list of approved ship recycling facilities were qualified to receive and scrap the vessel, according to NGO Shipbreaking Platform.

Following France’s response, Brazil reviewed the applications once again, and initially found that only one EU-listed yard had already provided all the necessary documentation to participate in the bidding. At least one more EU-listed yard reportedly managed in the following weeks to submit the missing paperwork.

It seemed that everything was ready to proceed to the next step when the auction was unexpectedly suspended.

“Should the auction process resume, we expect Brazil and France to maintain their initial decision and send the vessel to an EU-approved facility — anything else would be a scandal given the notorious poor conditions under which toxic waste is managed on the beaches of South Asia,” Mulinaris added.

Turning the warship into maritime museum as an eco-friendly alternative

In June 2018, the Sao Paulo / Foch Institute, a not-for-profit association, was created with the aim of preventing the destruction of the warship and transforming it into a naval museum using investors and exempting the government and the Brazilian Navy from spending.

The institute used the USS Intepid as a model, one of the several ship museums in the United States. The São Paulo / Foch Institute hopes that the destination of the São Paulo aircraft carrier will not be the same as that of its predecessor, the Minas Gerais aircraft carrier (Formerly HMS Vengeance – Colossus class) which was dismantled in 2001 in Alang – India.

As Naval Today previously reported, the institute offers an environmentally safe alternative which is expected to benefit everyone.

“The ship has been returned to the Brazilian Navy. Now, our Institute has a lot of work to do,” Emerson Miura, President of the Sao Paulo / Foch Institute, said.

Miura added that the Brazilian Navy has assumed responsibility for the aircraft carrier São Paulo but is not sure of its destination, which may be sold again and fears that it will end up at a shipyard in India.

Miura explained that it is the first time that an institute proposes the design of a warship for a purpose other than cutting. The São Paulo / Foch Institute says “it understands the concern of the navy authorities about the ship’s responsibility”.

Estimates have shown that there are approximately 900 tons of asbestos and asbestos-containing materials, hundreds of tons of PCB-containing materials and large quantities of heavy metals on board the warship. For this reason, NGOs urged Brazilian and French authorities in the past not to sell the ship to dirty and dangerous shipbreaking yards in South Asia.

“We are trying to interrupt this sale not only because of our interest in preserving the aircraft carrier but to avoid an environmental problem that may presuppose non-compliance with the Basel Convention, in case its final destination is directed to South Asia,” Miura concluded.