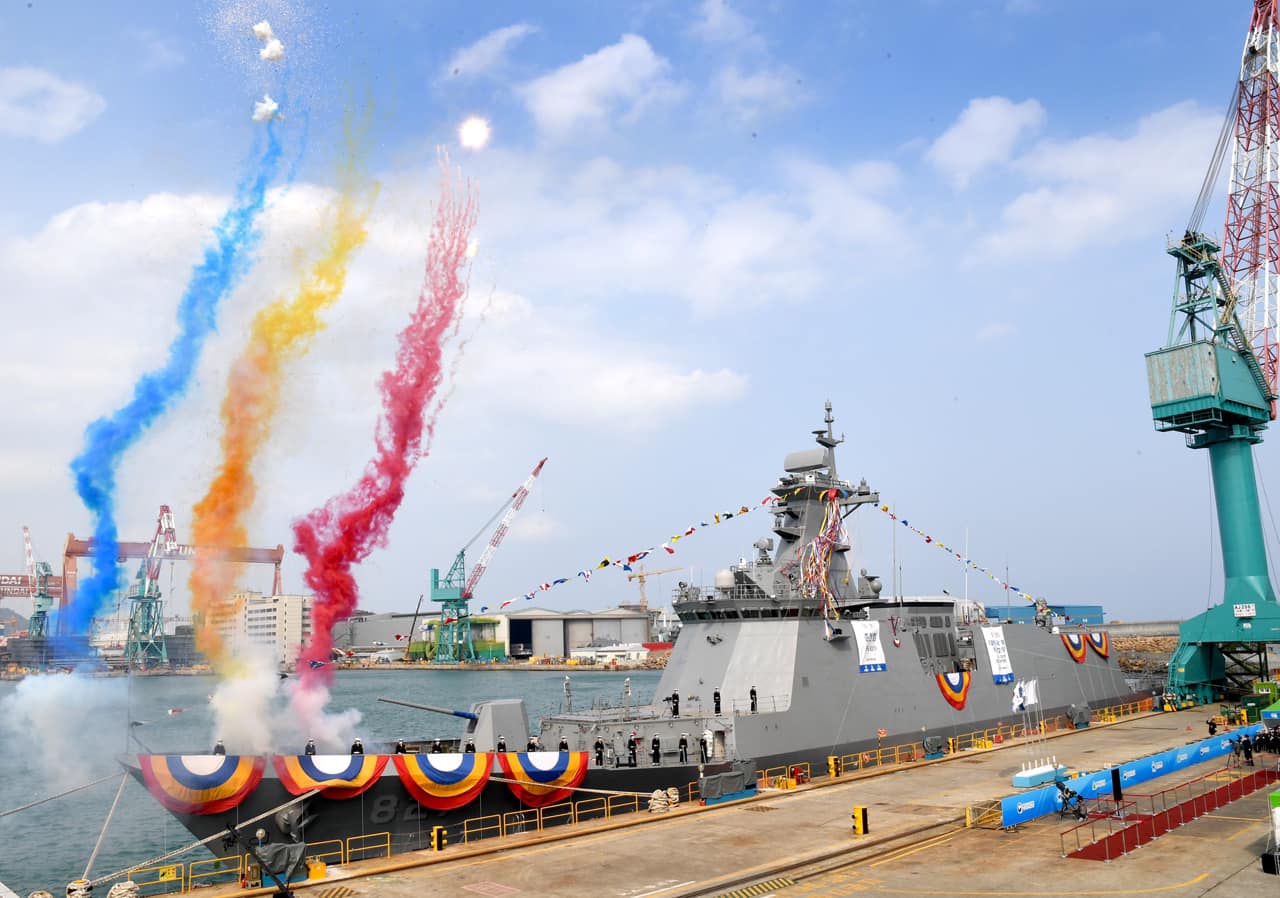 The launching ceremony was held at HHI’s shipyard in Ulsan on 22 March. Daegu-class vessels are 122 meters long, 14 meters wide, 35 meters high, and weigh 2,800 tons. They feature a hybrid propulsion system that uses a gas turbine and a propulsion motor to reduce underwater radiation noise.

The new frigates, which are to be built by South Korean companies HHI and Daewoo Shipbuilding & Marine Engineering (DSME), are scheduled to replace the navy’s 1,500-ton frigates and 1,000-ton patrol combat corvettes. The vessels are slated for delivery in 2023.

DSME launched the fifth and the sixth vessel in May and September 2021, respectively.